Pilita Clark: Is it a cheap shot to criticise employee engagement? 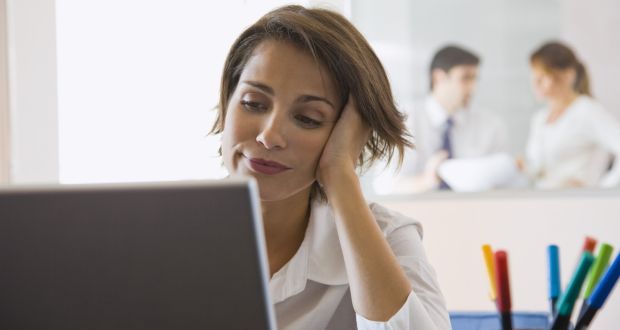 Businesses with a lot of happy, engaged workers are 17 per cent more productive and 21 per cent more profitable than companies at the other end of the spectrum, according to Gallup, the research outfit

When I got into work the other morning I found a glossy purple leaflet on my desk bearing news of a disturbing development.

It said the Financial Times was souping up the way it measured how “engaged” its staff were and was switching from an annual employee survey to shorter, quarterly ones. We were all about to be sent an email link for the first one, “which should take a maximum of 15 minutes to complete”.

Normally, nothing would make me feel less engaged than an employee engagement survey, especially one that brazenly admits it will take 15 minutes to finish.

But I was just back from a holiday and feeling pliant. So I clicked on the link and started to explain, on a scale of zero to 10, how much I liked working at the FT.

Since I am generally pleased to be paid to do a job I like, in an office full of amiable, clever people, I romped through the first few questions, dishing out generous marks on whether I would recommend the FT as a place to work, or felt I was growing professionally.

Then I got to this question: “If you were offered the same job at another organisation, how likely is it you would stay at the FT?”

All answers were supposed to be anonymous. The survey said so repeatedly. But what if they weren’t?

If I sounded too loyal, I might be telling important people I was an easy-to-ignore patsy. Yet was it any safer to hint that I could be a jumper?

As my finger hovered over the mouse button, I remembered all the reasons I dislike employee surveys, starting with the obvious problem of the reliability of responses.

On top of that, one rarely has a clue about why the questions are chosen or how the answers are used. Still, I am inclined to think the survey is only a symptom of much wider troubles in the engagement field.

It is more than 20 years since the engagement trend took off, spawning a small army of consultants and an array of services on which companies spend an estimated $720m a year.

Yet for all that time and effort, it’s still not clear exactly what it is. Does it include how workers feel or what they actually do? Must they share a company’s goals or is that irrelevant?

There are more than 50 definitions to choose from, according to a report the UK government commissioned on the topic. At heart they boil down to the rather obvious idea that people tend to work harder in jobs where they feel appreciated and understood.

In other words, treating staff well is good for business – astonishingly good, according to engagement proponents such as Gallup, the research outfit.

It says businesses with a lot of happy, engaged workers are 17 per cent more productive and 21 per cent more profitable than companies at the other end of the spectrum. Others offer similar findings. But is engagement really lifting performance? Or do better businesses spur more engagement?

Yet even true believers agree that, despite the millions of dollars spent, engagement levels are hopelessly stagnant. This is nothing less than a “worldwide employee engagement crisis”, according to Gallup, which says the percentage of engaged workers has barely budged in more than a decade.

That brings us back to the survey. There is a growing view that too many companies think doing the odd staff survey is enough to tick the engagement box. It is more important to follow through and take real steps to make people happier and more productive.

Put another way, a company can do as many surveys as it likes, but if it irks workers with doltish managers, idiotic dress codes, petty rules on attendance and worse, it should expect to be treated in kind.

On balance, I like to think employee engagement is worth doing. I would certainly prefer to work for a company that tries it than one that does not.

It may go the way of so many other management trends and slowly die out. But at least it is relatively harmless and who knows, one day we may be able to prove that it definitely works. – Copyright The Financial Times Limited 2018