Pilita Clark: How can I beat the curse of endless office emails? 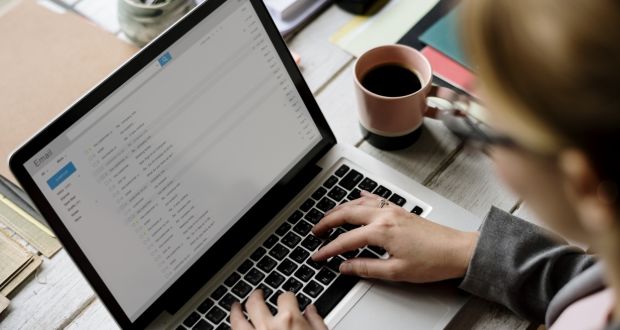 “Broadband, wifi and smartphones made email constantly available, but people kept dealing with new mail as it arrived, as they had in the dial-up era.”

The other day a friend showed me a very odd email she had just been sent.

“Thank you for your email,” it began. “In order to be my most productive, I’m only checking emails and taking calls daily between 4-5pm. I shall personally get back to you during these hours.”

My first thought was: what a nerve. What sort of pompous pillock sends something like that?

On reflection, I had another thought: what a genius. Imagine how much more work would get done if we only spent an hour a day on email.

As it happens, this is how we used to deal with email when it first began to hit offices more than 20 years ago.

Back in those pre-wifi days, people used to dial up to get their mail once a day or so, says Emma Russell, a researcher at the University of Sussex who has been studying how email is used at work since the early 2000s.

“You would put aside a time in the working day when you would download your email for that day and deal with it there and then as you might deal with your post and all other kinds of old-fashioned correspondence,” she told me last week.

Then you would put it down and get on with the rest of your work.

What happened next, she said, is something I had not considered before. Broadband, wifi and smartphones made email constantly available, but people kept dealing with new mail as it arrived, as they had in the dial-up era.

This is a rubbish way to respond. It does not help your mental health and research has shown it takes a good 60 seconds to gather your thoughts again after an interruption, says Dr Russell.

But how easy is it to ignore email for all but an hour a day?

To find out, I tracked down the British businesswoman who had sent the email my friend had shown me.

A US businessman had inspired her to set up her 4-5pm email system, which she began with some trepidation in August.

“I thought I would upset a whole load of people,” she said. “But the absolute opposite happened.”

People wrote back to say they completely understood. Then they started adapting to her “golden hour”, emailing at 3.59pm to make sure they were at the top of her inbox when she checked in at 4pm.

She recently hired an executive assistant and her email advises anyone with an urgent query to contact the assistant.

What about those of us with no such helper? She says the system worked before she had the assistant but I am not so sure.

Still, I admire Ms Luck’s pluck. Her rules would never work for journalists, nor anyone in customer service, desk reception and a load of other jobs that require an instant response.

But she is not the only one trying to end the distracting horror of email. Kathryn Parsons is the chief executive of a British tech company called Decoded who decided to quit email five years ago. It did not last, as I discovered after contacting her the other day – by email.

She said her email ban had been an experiment that she had decided to try for three months after hearing about new internal work messaging tools like Slack.

“I returned to Gmail. Gmail introduced filters. My inbox traffic reduced by approximately 70 per cent and I felt sane again,” she said, adding everyone should experiment with new ways of communicating at work.

“If you are just using Excel and email, you are basically frozen in 1987 work time.”

That may be, but I am not sure the endless pings of Slack are any answer. Even well-intentioned ploys such as company bans on after-hours emails may be fraught. Dr Russell from Sussex published a study this month showing they do not suit all workers.

We should not have allowed technology to doom us to endless distraction. I applaud all attempts to stop it. But it is going to take a lot more effort to put us back on the path to email sanity that we all took for granted not that many years ago. – Copyright The Financial Times Limited 2019