Pilita Clark: Companies should consider having a head of remote working 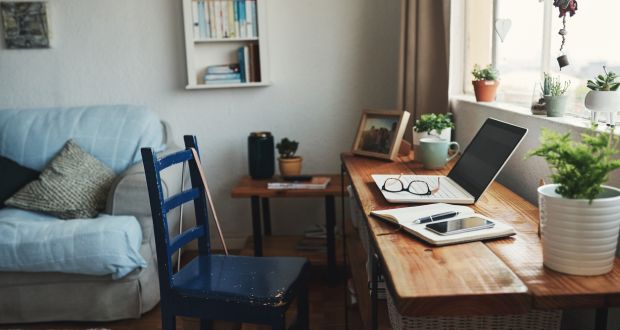 One study of remote working in a Chinese travel agency showed staff at home were more productive and happier, but less likely to be promoted

Have you ever heard of a head of remote working? No? Join the club.

Millions may have been working from home since March, and bosses may be talking of a permanent shift to “hybrid” working, where some staff stay at home while others go to the office and most do a bit of both. But the job of overseeing everything a far-flung workforce needs, from decent chairs to smarter ways of staying in touch, is typically being done by the same executives who were there pre-pandemic – on top of their day jobs.

A handful of companies, mostly tech groups, have created a head-of-remote role.

Most have not, which underlines an unsettling truth about Covid-19: it may have upended the world of work but the basic structures of the working world have barely budged.

This may be about to matter more. As JPMorgan Chase found last week when it had to send some workers home after one tested positive, getting people back to the office is tough. But staying home has problems too. A lot of leaders are naturally eyeing hybrid working. How are they likely to fare?

Horribly, according to Sid Sijbrandij, a 41-year-old Dutch tech boss who has become something of a remote work celebrity during the pandemic.

“I think most companies are not going to pull it off,” he told me last week from San Francisco where he runs GitLab, a software development company with a work-from-anywhere policy that is extreme even for Silicon Valley.

Born in 2011 and backed by Goldman Sachs, GitLab has more than 1,300 staff in 67 countries. They all work remotely, as does Sijbrandij, the group’s chief executive and co-founder.

He thinks companies will struggle with hybrid working because remote working alone requires effort and practices that he admits are “not natural”.

GitLab, for example, goes to great lengths to replicate the informal chats and meetings that happen normally in an office. Staff are urged to devote a few hours a week to social calls: “coffee chats” with any other employee or “juice chats” with family members.

There are also rules on meetings. Half-hour ones should only last 25 minutes and hour-long ones should end at 50 minutes so people can blather or recover in between.

There are more rules for how to communicate. Zoom is for calling. Slack is for chatting, and so on. “We’re prescriptive about what people should use,” says Sijbrandij. “We’re not like, ‘use whatever you want’.”

Everything is set out in a mammoth online handbook that people are supposed to consult. You can take a quiz to test your grasp of it all.

The company has, of course, had a head of remote since July last year, long before Covid-19 was even a crossword clue.

The point of all this is that it is hard to make remote working work, and Sijbrandij thinks that trying to do it on top of managing workers in the office is asking for trouble.

One big reason: most leaders will go back to the office. Over time, no matter how much they insist they support people at home, everyone will know that to get ahead you should be in the office.

Some data backs this up. One study of remote working in a Chinese travel agency showed staff at home were more productive and happier, but less likely to be promoted.

Sijbrandij thinks any boss who brings in hybrid working should stay at home because remote workers will be most disadvantaged.

I cannot see that working for every business, but it does make sense for many. So does one of his top tips for any leader in the unenviable position of trying to figure out what to do next: be very careful about shifting to a hybrid model. Once you do it, it’s a one-way street.

Some people will move state or country. If you want them back, good luck. For some companies it might be better to get everyone back in the office. Either way, it is a big decision that should not be taken lightly. Having a head of remote might be a serious help.