Pilita Clark: Annoying self-promoters are not welcome in my inbox 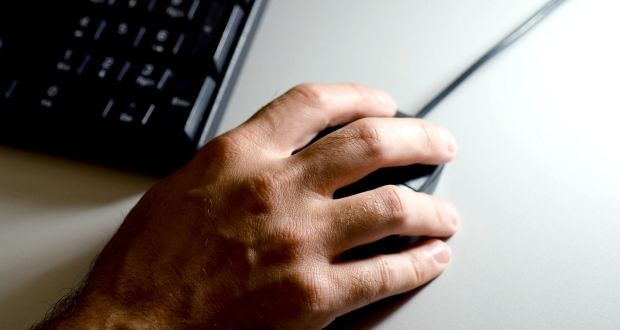 Have millennials normalised bragging for the rest of us? Photograph: Adam Peck/PA Wire

Not that long ago I got an email from a friend who said he wanted to tell me about “a rather alarming trend”.

He had attached two out-of-office messages that had just plopped into his inbox from a couple of colleagues at his company.

To avoid getting him into trouble, I am not going to say exactly what they said but the gist of each was this: thanks for your message, I am away but while I have your attention, why not take a look at this.

Each emailer had then inserted an online link to something they had recently done at work that they clearly thought was rather clever.

My friend was gobsmacked. He had never seen such wanton self-promotion in his office. He could not understand why anyone would expose themselves to the ridicule it was bound to incite.

I am still on the side of the modest. For one thing, immodesty can be self-destructive

I was just as baffled. It is one thing for millennials to foam about themselves all over Instagram and YouTube. They have barely known what adult life is like without such aids to self-puffery. They have been crushed by the financial crisis and they struggle to compete in a global labour market. It makes sense for them to blather on about their achievements ad nauseam.

But have they normalised bragging for the rest of us in the process? Even middle-aged professionals who barely know a hashtag from a retweet?

Worryingly, it seems they have. Not long after my friend’s email arrived, Harvard Business Review sent a “management tip of the day” advising me to do precisely what my friend’s colleagues had done. If I jazzed up my out-of-office messages with links to things like my articles or research, I could “connect in a new way with colleagues, clients, and vendors”.

When I asked a few people in my office if they, like me, thought this sounded weird, I got a series of blank looks. “Sounds like a good idea,” said one. “I might try it myself.”

Two pointed out they had a link to their recent articles below their regular email signoffs. One was doing the same for a forthcoming book.

Another glared at me and said: “Don’t you tweet your own articles?” I spluttered that I did, though it had taken me ages to get over the initial embarrassment and I still preferred to slyly retweet comments from others instead of doing it myself.

Eventually I found an eminent colleague who had never knowingly promoted himself on Twitter or by email sign-off and had no intention of doing so. On reflection though, he thought this might be the ultimate sign of arrogance: it suggested he thought he was too big to flail.

He has a point. Yet I am still on the side of the modest. For one thing, immodesty can be self-destructive.

Consider Stefanie Sword-Williams, the 20-something founder of fuckbeinghumble.com, a UK mentoring outfit with a mission to “encourage you to be the best possible brand you can be”. She thinks self-promotion spells success and people should do more of it, especially young women.

In my experience, people do not like working with – and especially for – tedious blowhards

As she told a bemused reporter from the Times this year, that means being ready to bugger off pronto from any company that does not value you, and sitting next to a job interviewer, not opposite them, because “you should be interviewing them” to see if they are up to being your boss. As they say in the real world, good luck with that.

Disturbingly, Ms Sword-Williams claimed to have picked up this drivel at university, where she studied fashion communication and promotion. I can’t imagine this was the university’s intention but if it were it would be alarming.

In my experience, people do not like working with – and especially for – tedious blowhards. Study after study suggests that workers led by more humble people perform better.

Last week I went to a lunch to hear the boss of a famously successful company talk about his business. He was sharp and worldly. He had been at the firm for years and had beaten a slew of rivals to the top job.

As we were getting ready to leave, he told a story that briefly turned the table silent. He said he had been a “hiring error”. His company had never taken anyone from his university and he was nearly not hired at all. It was an unusual display of humility and seemed to be utterly genuine. I understood at once why he was such a great success.