Pilita Clark: A lot of us are losing it in lockdown – but we really shouldn’t 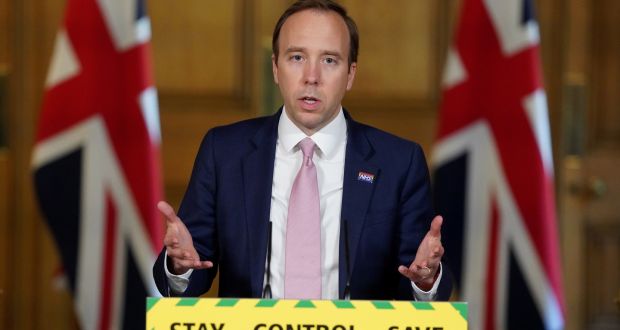 Ihad never heard of Heather Wheeler before this month and it is possible I never will again. But I think I will always treasure my first sight of the British Tory MP, whose computer screen suddenly went blank the other day as she was sitting at a desk in her pearls, trying to tell the virtual House of Commons how well her constituents had been responding to Covid-19.

Mrs Wheeler’s response to the tech glitch was very much as I imagine my own might have been. She stopped speaking, looked furious, then muttered three words that anyone watching the broadcast heard instantly: “Oh f***ing hell”.

It could have been worse. In fact, it was worse earlier in Wales, where a Labour backbencher named Jenny Rathbone asked the Labour health minister, Vaughan Gethling, about progress on pandemic matters in another public Zoom meeting.

Mr Gethling calmly answered and then, thinking he was on mute, exploded in a sweary rant about Ms Rathbone in which he asked, more or less, what the heck was the matter with her?

The first thing to say about moments like these is that it is a wonder they are not happening more often. It is hard enough to be in charge at the best of times. Try doing it online from home, with a broadband connection that is not remotely up to the job and a limited understanding of how a video conference works. The same applies to those of us not in charge, except the broadband is usually worse.

It is also a relief to see some of the very human displays of exasperation that have erupted since the pandemic took hold, after years of slick, media-schooled performances from people in public life.

A number of friends have told me they felt oddly fond of Matt Hancock the other week, when the Tiggerish British health secretary lost his temper at a BBC radio interviewer asking about the government’s handling of the crisis. “Let me, please! Let me finish the answer!” cried Mr Hancock, audibly swallowing an adjective he might have otherwise uttered before the word “answer”.

Things were always going to be fraught for a health minister at a time like this, but what about the rest of us? One unusual aspect of this crisis is its ability to trigger staggering levels of health and economic distress that are, like the virus itself, largely invisible.

It was impossible to be unmoved by her humility and her good humour, and the thought that before this crisis is over, there could be untold numbers of others like her

We are not jolted by bombs or air raid sirens, but by daily lists of statistics that grimly chart lost lives and jobs. We are aware that some among us have been poleaxed by grief or financial anxiety. But unless we know these people personally, or see an account of their stories, they are easily hidden in plain sight. The man in front of you in a bakery line, or the woman on the other end of a work video call, may not be at all as they seem.

This means that the crisis is both a perfect recipe for anger – and a reason to hold one’s temper in check if possible. This is not a time to fire off a steaming email to a colleague at work about a misdeed. It is a time to hold off for as long as one can and recall what Warren Buffett once said was an indispensable lesson he learned more than 40 years ago: you can always tell someone to go to hell tomorrow. That way, what is said is likely to be better for both the emailer and the emailed.

This is also not a time to yell at a bad driver or snap at a slow worker on a supermarket till. Actually, it is never a good idea to snap at anyone doing that work, as Mary Greenham can tell you. Ms Greenham is a sports and media agent whose clients include Martina Navratilova and the British broadcaster Andrew Marr.

Her work dried up when coronavirus hit and now she works at her local Morrisons supermarket, stacking shelves, cleaning floors and working the tills. The hardest thing to get used to, she told a radio interviewer last week, was “the sheer fatigue” she felt after being on her feet all day.

Listening to her speak, it was impossible to be unmoved by her humility and her good humour, and the thought that before this crisis is over, there could be untold numbers of others like her.