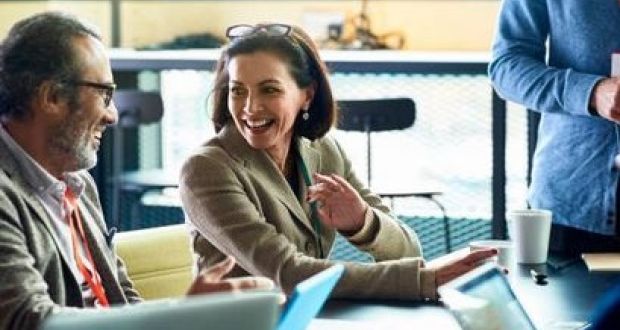 “We know people perform best when they feel accepted and free to be open.” Photograph: Getty Images

Happiness is a skill, not a feeling, and therefore improves with practice. That’s the view of Nataly Kogan, founder of learning and technology platform, happier.com. Happier went live in early 2013, and since then over a million people have engaged with it via its mobile app and personal and in-company training courses.

Kogan does not approach happiness from some Disney-like perspective. She had a tough start in life as her family is Jewish and experienced persecution in the former Soviet Union. In 1989, they risked everything and escaped to the United States, where they lived as refugees and often went hungry.

Kogan’s response to the situation was a steely determination to become very successful, and by her late 30s it certainly appeared she had achieved this. She kicked off her career as an analyst with McKinsey, followed by a succession of moves up the ladder that saw her become a senior programme manager with Microsoft, vice-president for consumer experience with media company Where, and managing director of an early-stage venture capital company in New York.

She also set up two and ran businesses of her own. She believed that anything worthwhile was an uphill battle, and that grit was the quality that would get her through.

The year before she turned 40, however, things began to unravel. Kogan found herself exhausted and on the verge of a meltdown.

A conversation with a life coach encouraged her to cut herself some slack and practice self-compassion. She admits this didn’t come easy to a perfectionist but she made the effort and began to see the benefits in terms of having more energy, increased motivation and better decision-making.

In response to what she had been through, Kogan co-founded Happier in 2012 to help people find more joy in their personal and working lives, and build up their resilience to cope with adversity. Happier@work applies the company’s principles in the workplace to help transform team cultures and boost productivity, creativity, engagement and innovation.

“By contrast, when people feel stressed at work, it costs companies billions in absenteeism, disengagement and decreased performance, while their negative influence also affects co-workers and customers.

“We believe the emotional health of employees and a strong, human-centred culture are not nice-to-have ‘extras’. They are critical factors to an organisation’s short and long term success. Leaders and managers who get this have far better business outcomes.”

Kogan says that people who regularly practice “happier skills” get more fulfilment from life in general. However, she stresses this doesn’t mean constantly smiling or being unrelentingly positive about everything.

“That’s unrealistic as life throws bad things at everyone and you have to get through them. But if your emotional health and happiness are in good shape, you are better able to accept and deal with the difficulties.”

If this is all starting to sound like a lot of effort and a bit too “touchy feely” for the workplace, Kogan is quick to point out that improving people’s emotional health often comes down to surprisingly small interventions that can get overlooked in the bustle of everyday activity.

“Being intentionally kind towards someone and buying them their favourite snack or leaving them a funny message on a post-it note all help to strengthen our human connections and make people feel safe and supported by a meaningful workplace network.

“We know people perform best when they feel accepted and free to be open. Indeed, Google looked at why some of its teams performed better than others when they were seemingly of similar composition. It turned out that if all else was equal the strongest teams were those with a high level of trust and good connected relationships within the group.”

Nataly Kogan is a speaker at the upcoming WorkHuman HR conference which takes place in Nashville in March, and is organised by the Irish-owned international employee recognition company Globoforce. She is also the author of Happier Now.

– “Bookend” meetings with an expression of genuine gratitude to someone in the room at the beginning and end. It takes less than a minute, and can be led by the meeting convenor or another participant.

– Take a 10-minute “happy recess” during your working day to do something you find enjoyable/restful, such as getting some air or having a quiet cup of coffee. Browsing social media is not allowed as it’s too “busy”. Short breaks give the brain time to reboot and improve productivity.

– Surprise a colleague by bringing them a coffee or their favourite treat.

– Getting ready for a meeting? Pulling back a chair for a colleague or pouring them some water shows consideration and engagement.

– Say thanks more often and make gratitude a habit.

–  Acknowledge people when they make the effort or do a good job.

– Take the time to stop by a colleague’s desk to share a joke or simply ask them how they are.