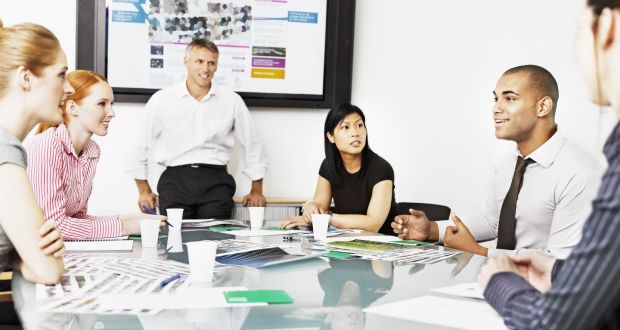 The approval or disapproval of one’s colleagues may be a better way of making desired behaviour stick than money alone.

Peer pressure has a lot to answer for. Teenagers who start smoking. The strange Japanese tradition of giri choco – “obligation chocolate” - where women feel obliged to buy male colleagues chocolates on Valentine’s Day (and men to reciprocate). Even the Libor interest rate scandal, which saw bankers egging each other on to rig rates, and reluctant banks obliged to fall in line to avoid exposure.

Yet there is a positive side to peer pressure, too. When it is turned to good account it can be a powerful motivator. Weight Watchers relies on the public encouragement of others to shed the kilos and keep them off. The umbrella of Alcoholics Anonymous keeps followers dry. Social media-powered campaigns – most memorably 2014’s ice bucket challenge – raise money for good causes.

At work, too, group monitoring of behaviour can be an incentive to do the right thing – the opposite of what happened during the Libor scandal.

A form of peer pressure lies behind any group incentive programme, whether retailer John Lewis’s annual profit-sharing among staff or a law firm’s payout to partners. The sense of being watched by colleagues ought to deter the lazy from exploiting the hard work of others.

When team members are out of sight, loyalty and its shifty companion guilt come into play. One much-cited 1992 study on peer pressure and partnerships by economists Eugene Kandel and Edward Lazear uses the example of a fighter pilot “alone on a mission in which bravery or cowardice is difficult to observe”. The military encourages loyalty, they suggest, because, while shame is a cheap way of enforcing good behaviour, it is activated only when you know somebody has witnessed your bad behaviour. Guilt, on the other hand, works as an incentive even when nobody is looking.

In many cases, though, public peer pressure and cash incentives operate best together. In fact, the approval or disapproval of one’s colleagues may be a better way of making desired behaviour stick than money alone. Cash bonuses can spur performance, but research also shows they can crowd out self-motivation, making what should be a natural willingness to hit a target feel like a grubby transaction.

Harvard Business School’s Susanna Gallani studied this effect by analysing data from a Californian hospital that was trying to encourage better hand hygiene. The hospital offered a one-time cash bonus to staff if they improved hand-washing. To do so, everyone had to improve, including doctors, who were not eligible for the bonus. (In California, doctors cannot be directly employed by hospitals.)

To encourage the doctors, staff offered public applause to those with good hand-hygiene habits. They openly posted the doctors’ names on hand-shaped stickers and occasionally sent them celebratory emails that the chief nursing officer called “love notes”. Lax hand-washers received gentle private reprimands with messages such as “We will be watching.”

As Prof Gallani told me: “Nobody in that organisation disagreed that hand washing was important and they all wanted to be good at it.” Even so, after the bonus period ended, the doctors, who had received no monetary benefit, persisted with good hand hygiene for longer than staff, who quickly slipped back into bad habits. The staff were, after all, no longer being paid for what should have been automatic practice.

Prof Gallani is not the only academic to have drawn broader conclusions from the humble but vital habit of hand hygiene. Another study of data collected from electronic tracking of hospital staff showed that they started to neglect hand-washing as they reached the end of long shifts. In that case, too, the very fact of being monitored helped improve the frequency of hand-washing.

Prof Gallani reckons that in the case of the California hospital, being watched and publicly appreciated helped give the doctors a stronger incentive to comply.

The message here is not to stop the financial incentives, Prof Gallani has written. The staff would not have pushed the doctors to comply if they had not themselves been in line for a payout. Weight-loss programmes linked to financial incentives have also shown some success, although one study suggested participants stopped regulating their eating habits when they no longer stood to gain financially.

Pious chief executives have a tendency to trot out a definition of culture as “what you do when nobody is looking”. Some are the same leaders who endorse frameworks of financial incentives that can be counterproductive, and neglect to provide positive feedback, even though it is cheaper and often more effective than a bonus. In their pursuit of positive results, they should harness peer pressure as well as the desire for monetary gain. We will be watching. – Copyright The Financial Times Limited