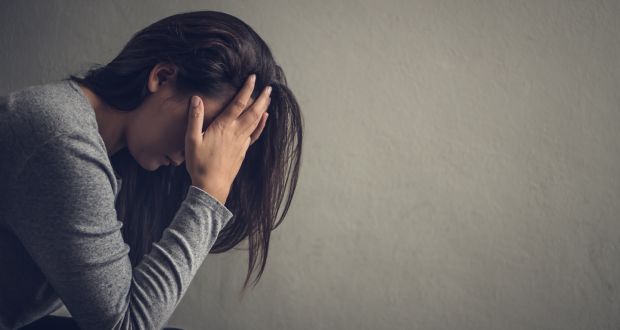 In two recent columns for The Irish Times, economist John FitzGerald made the case for increasing employment rates among women. Women provided an important pool of talent for employers during the last economic boom and this needs to be tapped into again, he said, pointing out that “about a quarter of the growth of the 1990s can be attributed to the rise in women’s economic participation”.

The high cost of childcare, rigid employment practices and shouldering most of the primary care responsibilities are often cited as three of the main reasons the workplace remains inaccessible and unattractive to many women. At a practical level, this may certainly be true, but there’s another reason that gets talked about very little. It’s called guilt.

Guilt about leaving the kids, guilt about working “only” part-time, guilt about not giving enough at work, guilt about not doing enough for their partner, parents, friends or extended family. For some, the trade-off and compromises involved are just too much so they turn their backs on the world of work completely.

If that’s going to change, our narrow legacy view of work needs to be rethought and redefined in terms of output not hours. Part-time or flexi-working also needs to shed its “second best” status and be seen as a resource, not a problem.

“The terms ‘job-sharing’ and ‘work-life balance’ are presented as though they are gender neutral but research tells us that these flexible arrangements are ‘women’s issues’ and women with children are most likely to seek these kinds of working arrangements,” says researcher and UCD lecturer Annette Clancy, who has a particular interest in organisational behaviour.

“From the outset then, job-sharing and other such arrangements are stigmatised and serve to reinforce the idea of the ideal male worker who is strong, able and unencumbered – or at least well supported on the domestic front.

“Another way of looking at this is that men are less likely to apply for job-sharing and are reluctant to accept the inevitable compromises in terms of pay and career prospects that necessarily arise,” she adds. “Even when women don’t have responsibility for children, they are still competing with this ‘ideal employee’ who can commit 100 per cent to the organisation even if this idea is a fantasy.

“Women are never really allowed to forget their responsibilities on the domestic front, and work longer and harder to achieve similar success to their male colleagues,” Clancy says. “There is also a body of research that suggests that men and women with no immediate childcare responsibilities may sometimes be resentful of having to pick up the pieces for their colleagues who must place their children first.”

All of this means that job-sharing or part-time working comes with baggage, Clancy says. “Women [with children] who opt for this arrangement may feel guilty that they are failing on the domestic and professional fronts: doing neither 100 per cent. Women without children may feel guilty that they are letting their professional colleagues down by increasing the burden of work to be carried in their absence.”

She also points out that not every organisation that champions work-life balance puts the necessary supports in place to ensure that employees can stick to the terms of their job-share contract. “This professional/personal conflict leads to an increase in stress, guilt and decreased psychological wellbeing,” Clancy says.

Ciara Garvan and Karen O’Reilly have both set up recruitment businesses within the past few years that put the emphasis on flexible working. They are not catering exclusively for women, but they find it’s a topic that tends to resonate more with them.

“A person working in a job-share should not feel they have to prove themselves and stay late or come in early to ‘make up’ for the fact that they work part-time. This just defeats the whole purpose,” says Employ mum funder, Karen O’Reilly. “A properly managed job-share, where the parameters of the role are clearly laid out for each person, can work extremely well.

“Ditch the guilt and your competitive streak at the door as you are now working in a collaborative way with your colleague. Meanwhile, your employer is getting fantastic value for money with two brains for the price of one, so there is no need to work long hours to make up for the fact that you are working ‘only’ part-time,” O’Reilly says.

Garvan, founder of WorkJuggle, says women “can really heap the guilt on themselves particularly if they feel they are ‘lucky enough’ to work part-time. The main issue I see is women squeezing the work of five days into a four-day week and forgetting the fact that they are being paid 25 per cent less of their original salary,” she says.

“When talking about your work, it is important to talk about what you are achieving rather than the hours you are working. Rather than say I was working Monday to Wednesday, say I managed X or Y and have increased revenue, sales, productivity or customer service ratings as applicable by so many per cent. Focus on what you’re doing rather than on the hours you work.

“If you are transitioning to part-time working, list out your tasks and be pro-active about delegating or speaking to your manager about how they will be managed going forward. Don’t assume anyone else will do this for you.”