Nimble thinking the key to survival in a fast-changing world 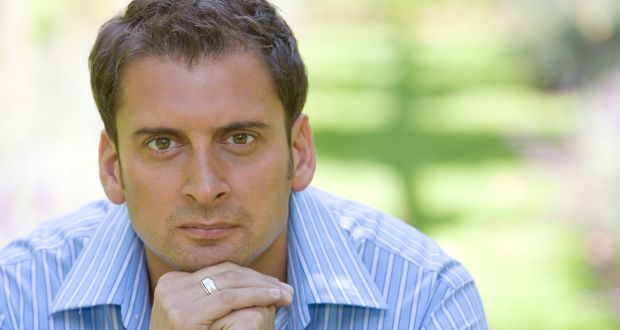 Jamil Qureshi: “To be successful, you need to understand your strengths and your talents and how you’ve applied them. Success is a habit and habits are replicated behaviour.”

There is nothing new about change. The Greek philosopher Heraclitus was all over it around 500 BC when he talked about the “universal flux”, asserting that change is constant and central to the universe. Several millennia later, change still absorbs us, both at a personal and organisational level, probably because humans like habits and change is often uncomfortable and difficult to deal with.

Change management has developed into a mini-industry and books on the subject are constantly on the best-sellers list. The quirky, slim parable Who Moved My Cheese? has sold more than 2.5 million copies and, wherever you turn, there are book covers competing for your attention with buzzword calls to action in their titles such as “reinvention”, “transition” and “transformation”.

Jamil Qureshi is a psychologist whose focus is high performance in both sporting and business settings. He says it’s not change per se that’s catching people out but the pace of that change. Because it’s happening faster and faster, there can be a mismatch between the external pace of change and how fast organisations are adapting to it within.

He believes the only way to get a sustainable competitive advantage now is to learn faster and better than your competitors. This means developing a mindset that’s flexible, nimble, fast-thinking, quick acting and open to “changing the pictures in your head so you can change how you behave”.

So where does one start? By creating organisations based around empowered communities rather than on traditional bureaucracies and ditching routines that don’t serve a useful purpose.

“Over 40 per cent of what we do is habit so teams are spending time doing something today because they did it yesterday. Be motivated by what you’re seeking to achieve, not by what you’re seeking to avoid,” says Qureshi who has worked as a performance coach with the European Ryder Cup team and with individual golfers including Darren Clarke, Henrik Stenson and Sergio Garcia as well as blue chip clients such as American Express, M&S and Accenture.

“Those who perform most successfully in business and sport have excellent levels of self-awareness,” he says. “To be successful, you need to understand your strengths and your talents and how you’ve applied them. Success is a habit and habits are replicated behaviour. You have to keep doing them for them to become part of us.”

Qureshi says that because the future will demand us to be different, we need to move on from historical thinking and hierarchical structures.

“You can’t trust the future to someone who champions the past and now is the time for business leaders and team members to challenge what they believe to be true,” he says. “People tend to live by mental tram lines or habitual thinking and this needs to change.

“An example of this is that companies often define themselves by what they wish to sell not by what the customer values. The only way you can stay future relevant or be future literate is to constantly define yourself by what your customer is valuing. No matter how quickly that changes or how it changes, if we are forming cultures in our organisations that understand it and provide what customers value, then we will enjoy sustainable success.”

“It’s no longer what you know but how you think about what you know and how you use it,” he says. “It’s the character and culture brought to organisations by people that will shape future success, not knowledge as such.”

Qureshi is particularly keen on knowledge sharing because it allows ideas to emerge that are greater than the individual. He also champions playing around with ideas and pushing them to their limits in non-traditional directions because this challenges what we believe to be true or possible.

Breaking the rules and abandoning the safety net of habit might sound foolhardy but Qureshi points out that doing so has yielded some pretty spectacular success stories. “PayPal, Spotify and Skype were not invented by people from their industries,” he says.

Friction within or between teams should shed light not generate heat

He also has an interesting view of teams and the role of conflict. “Friction within or between teams should shed light not generate heat,” he says. “The more diverse an organisation and the more companies have teams with conflicting and opposing views the better as this increases the chances of uncovering illuminating answers.”

Asked for practical tips about initiating a change process, Qureshi advises a focused approach to whatever it is you want to change.

“If you read the biographies of Boswell, Carnegie or Galbraith – all people who wrote self-help books a long time ago – they talk about changing one thing at a time,” he says. “We often say to ourselves, I need to be a better starter or finisher, more collaborative or supportive of my colleagues, and give ourselves several things to try to work on. It’s always better to choose one thing but to stack up the energy levels and focus we put into changing it.”

Jamil Qureshi is speaking at the All-Ireland Business Summit in Croke Park on Thursday, May 2nd. The theme for this year’s summit is Scaling For Success.