As we head towards a new decade, the resolutions and goal setting have begun 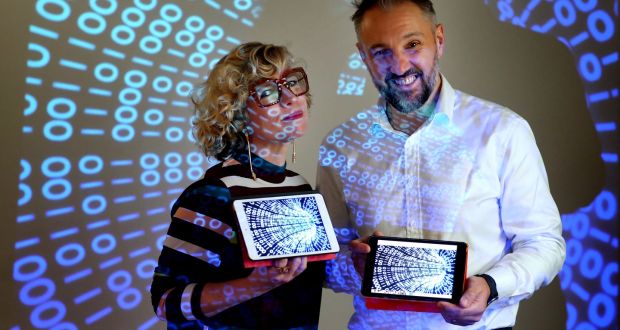 One of the most daunting changes in life is a move into an entirely different career. Given that we are expected to make career choices as early as 18 before we have even experienced what the working world has to offer, it is no surprise that people take a look a bit later at their life and wonder where it is all going to end up. By the time you hit 30, the world has moved on: there are more opportunities available to you in the job market. Is it time to jump?

For today’s thirtysomethings, the employment scene in Ireland has gone from the post-crash recession when any job was welcome to a market coping with severe skills shortages.

Particularly in the world of technology, every step change opens up the prospect of a glistening new career. Now could be the chance to grab the career you never even knew existed.

“In Ireland, there are 12,000 jobs available at the moment,” says Jim Cassidy, chief executive of Code Institute, referring to the IT skills gap, “and there are, on average, somewhere in the region of about 4,000 graduates coming out from ICT courses across Ireland.”

Simply put there are not enough students graduating quick enough to fill these positions in a world where technology increasingly plays a part in every workplace and most jobs.

Given that a computer science degree takes four years to complete and the technology market is continuing to gather pace, the chances of this gap being closed are slim to none. That is bad news for employers but not for jobseekers – assuming they have the right qualifications.

The Dublin based Code Institute claims to offer a fast-track to a new career in IT through its range of bootcamp style courses. “We wanted to change how people were learning to code, we wanted to make it more accessible,” says Cassidy.

The company focuses on delivering courses to upskill non-tech employees and private individuals, teaching them to be “proficient in many widely used languages, such as Python, in just a matter of weeks”.

Apart from targeting jobseekers, Cassidy believes a key part of reducing the skills shortage is encouraging companies to look within their own employee base.

“The cost of actually making someone redundant [because they no longer have the necessary skillsets] and other costs involved are quite significant,” Cassidy says, even before you hire someone with the required tech skills. “What we’re saying is actually there’s a better way. Why don’t you look at some of those people within your organisation and see who among them has either the aptitude, the attitude or the desire to make that move into a technical role.”

These roles are not just confined to cities. Upskilling is required across the State as technology envelopes every industry. And that means providing the necessary education to business and talent in their local communities.

Code Institute says it is working with Kerry College to do just that. “We just launched our second cohort of 14 students in the last week of November after a very successful graduation in September,” says Cassidy. “Out of 14 graduates, nine are employed, two have gone on to further education, and three are still seeking employment.”

With an advisory council comprising the likes of Accenture, PayPal and Salesforce, Code Institute has access to trends developing in the industry, ensuring the coursework is up to speed with the rapid pace of change of the industry as well as those facing employees in the workplace. “We talk about the wider issues that are sort of taking place in industry around digital skills gap, gender diversity and cognitive diversity within employment as well.”

After 12 years as a Montessori teacher, Kira Estrada was looking for a new challenge. With no previous interest in tech, she attended an open evening sparking her curiosity. With the use of children’s coding books and some home practice, she decided to take a course and she now works at Hubspot.

“I was at the point of looking for something new that would give me motivation, something to show me that I could achieve something different,” Estrada explains, “And definitely, that’s what I found through coding. My favourite thing is having that issue that you have to solve. I really love that feeling of accomplishing something.”

“It absolutely changed the course of my life and my career. I was working in a deli without many aspirations. Store manager was the highest position I’d get there. College wasn’t for me; this was a really strong alternative. To people thinking about getting into it, go do the free content – dip your toe in, see if this actually is something for you. It’s not for everyone.”

Wild Code School is another company delivering courses to fast-track junior web developers. Launching its first campus in Ireland, in Dublin’s Digital Hub, they are running a 20-week course which begins in January. Working alongside the charity Dress for Success it is offering five free scholarship places for women.

“We feel there is a huge opportunity here for women in particular: the scholarship was born of the fact that we feel there’s a real need to drive more women into coding in general,” says Marek Wystepek, campus manager.

“Presently, around 30 per cent of women fill tech jobs globally but, more worryingly, only 8 per cent of all students in technology courses are women. So it’s a huge area that we need to try to help rectify.”

Wild Code School says it will offer a part-time course option later in the year for those in employment and hopes to begin building some partnerships within the industry as it settles into to its new Irish campus.