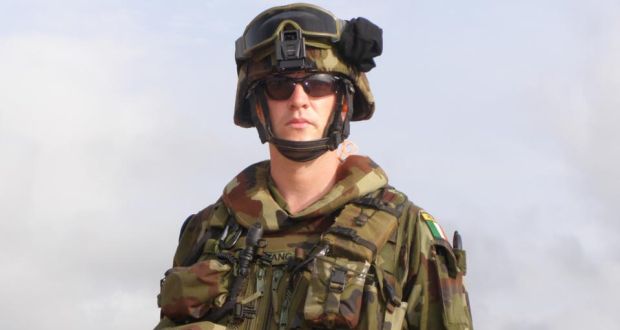 Leadership is a hot topic in today’s business world. The last recession caused existential crises in businesses across the world, and strong leadership was needed to bring successful companies through the dark days. But leadership is not something that is gifted to chief executives before they take high office.

Instead, it is honed over an entire career. Some of the best lessons in leadership often come as a result of mistakes made early in a career.

Any company serious about its long-term survival should be looking closely at how to develop leadership at every level of the business. How does a business create a strong pipeline of leaders who can delegate effectively, engender trust, and empower team members? In a world that is exposed to new and varied risks, how can a company train its leaders to identify, mitigate and manage risk effectively?

During my 17-year military career as an officer with the Defence Forces, I was fortunate to be exposed to a management philosophy known as mission command or mission leadership, which has increasing relevance in an Irish business environment that is facing significant risks from Brexit, climate change and the expectations of a new generation of workers.

Mission leadership traces its origins back to the Battle of Jena in 1806 where the Prussian army was soundly beaten by the French under Napoleon. The ability of a single commander to control the battlefield was being eroded by the early 19th century as the increasing scale of the battlefield (due to increased industrialisation) and also the practical difficulties of seeing through the smoke of muskets and cannon meant that a new way of selecting and training officers was needed.

In the aftermath of that battle, the Prussians fundamentally reassessed how they executed their military strategies. The Prussians (and later Germans) continued to hone this military philosophy (which became known as Auftragstaktik) through their officer training. At its heart were the principles of developing trust, empowering subordinates to achieve the commander’s intent, and encouraging disciplined initiative on the battlefield.

The benefits of this command philosophy became very apparent to Allied forces by the end of the second World War, and it became the standard methodology for training officers in many Nato and western armies.

The speed and scale of modern business is comparable in many respects to the battlefield. New risks that need to be assessed are constantly on the horizon, new threats evolving, and new actors impacting the situation for better or worse.

Like military commanders, chief executives cannot be experts in every facet of the business under their control – the marketer may not be a finance guru and vice-versa. They must however be able to articulate a clear vision and intent that enables those below them to take decisive action based on that over-arching intent.

As a leader, you will soon recognise that mistakes can as often be down to lack of clarity in your intent as to the errors made by your team

In essence, the modern military commander seeks to create high alignment and high autonomy within the force. Everybody knows what the boss wants achieved even when they cannot give detailed orders for every specific situation, and everybody is empowered to act to achieve that intent.

Articulating one’s intent is a task not to be taken lightly in this scenario; it must be carefully thought through and precisely crafted. And it is not a static statement: it evolves in parallel with the situation, and is updated accordingly.

Another aspect of achieving the commander’s intent in the military is a focus on the unifying purpose. The “just do it” mentality has long passed. Any commander sending troops into harm’s way will focus heavily on the “why” behind every operation.

Understanding the “why” is very empowering. Soldiers are told not only what their direct boss wants them to achieve, but also their boss’s boss.

Purpose in the business context has come into far sharper focus in the past decade. Young employees not only want a job, they want to make a difference while doing it. The rise of social entrepreneurship and corporate social responsibility has been a response to this demand in a new generation of employees.

In a post-industrial, knowledge-based workforce, the “why” is becoming as important as the “what” we do for a living. Companies that can clearly articulate their purpose can use it as a competitive advantage.

Understanding this in theory is not difficult; executing the reality is far more difficult. It is only through practice that it becomes easier.

Executives in the early stages of their careers can take a page out of this playbook whether they are project managers, business unit managers or account managers. Laying out to your team what you want them to achieve, why you want them to achieve it, and then getting out of their way as they achieve it is a great way to avoid micro-management, let your staff grow and develop and quickly identify those with promotional prospects.

Of course, giving latitude to your team runs the risks of mistakes being made. As a leader, you will soon recognise that mistakes can as often be down to lack of clarity in your intent as to the errors made by your team.

As US General George S Patton was reputed to have said: “Never tell people how to do things. Tell them what to do, and they will surprise you with their ingenuity.”

Mission leadership is not a panacea for businesses or leaders looking to develop themselves. It is as much a culture as a methodology; it relies first and foremost on trust both up and down the chain of command. It cannot be implemented overnight in a company or be deployed easily by an individual.

However, for individuals who aspire to high office, and who know they will need to manage cross-functional teams, it is a topic worth pursuing. It’s never too early to develop leadership skills in preparation for the top job some day.