Minding your manners at home and abroad 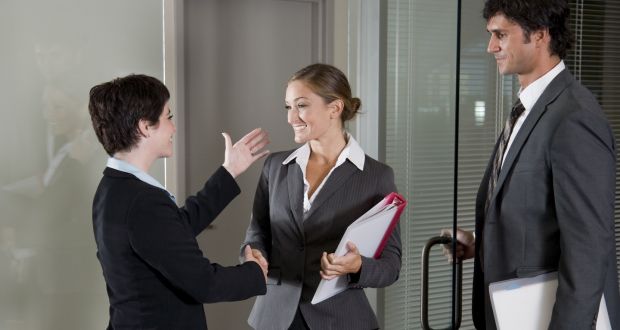 In China, it is considered good etiquette to bring a small gift from your country to business meetings – but never a clock!

Good manners are in short supply in many workplaces. People are late for meetings, they don’t acknowledge texts or emails, they grunt when you greet them and they sail through doors without pausing to check if someone is behind them. They are also sadly lacking in the basics of smooth social interaction and grazing on fast food is producing generations of young adults with a minimal grasp of table manners.

No one is advocating a return to the starchy etiquette of the Victorians. However, today’s creeping “anything goes” culture is not acceptable either, mainly because we need to get on with people to thrive in the workplace and good manners and sound etiquette make it so much easier and more pleasant.

The workplace may have become less informal, but it would be a mistake to confuse casual with unprofessional. The rules of respect and polite engagement, whether with employees or co-workers still matter, particularly in open plan environments where conditions can be cramped, where what you say can be widely overheard and where it’s very easy to saunter up to a colleague’s desk because it suits you even though they may be in the middle of something important.

The proverb “manners maketh the man” will be familiar to many, but there’s a gold star for anyone who knows it was written down as far back as the 15th century by the then headmaster of Eton, William Horman. Historians believe the concept is much, much older and that Horman was only reiterating a social more that has been acknowledged since time began.

Business etiquette is a broad field covering everything from personal and professional behaviour to dressing appropriately, speaking effectively and knowing what wines to order when dining with clients or customers. On top of this, there’s the international dimension where familiarity with local customs can be the difference between a meeting going smoothly or pear shaped.

Orla Brosnan, founder and managing director of the Etiquette School of Ireland, tells the story of a hapless businessman who grossly insulted his Asian host by using the man’s business card as a toothpick after dinner.

“It’s easy to underestimate just how important good etiquette and social skills can be in the corporate world. They may be the difference between winning a big contract or not,” she says.

“Getting on in business requires a degree of polish and style. It is important to be able to hold your own in any situation and, if you know what the rules are, you can then adapt them as needed. Nobody is going to tell you if you make a social gaffe, for example, but it will be noted.”

With business becoming more and more cross-cultural, Brosnan says being aware of local practices has never been so important.

“In Brazil, even though meetings often run late, never leave early as it’s considered rude,” she says. “Brazilians can also stand very close to you during conversations because standing close is seen to inspire trust, which nurtures long-term relationships.

“In Germany and Canada, punctuality is extremely important so it is essential to adhere to schedules closely. Also remember that because of language barriers, it may take people longer to process verbal information so it can be useful to send printed information in advance of a meeting or call.

“In China, it is considered good etiquette to bring a small gift from your country to business meetings. However, don’t give the gift of a clock, as clocks represent death. Also, in general avoid giving gifts with company logos on them.”

– Show respect for and be polite to your co-workers.

– Avoid multitasking during conference calls. It’s tempting because you can’t be seen but it usually means people miss things and they have to be repeated.

– Choose the appropriate communication method. A text or email is fine for everyday matters. A crisis or a difficult situation merits a phone call or showing up in person. (Firing people by text or email is the perfect example of modern bad manners.)

– If something is sensitive, take the conversation to a conference room.

– Don’t assume because an office is open plan it’s okay to walk up to someone and start talking.

– Silence or turn off your phone.

– Step outside to take urgent calls.

– Avoid leaving the room for a bathroom break during a meeting/presentation. Go beforehand.