Men paying for the sins of their fathers in the workplace 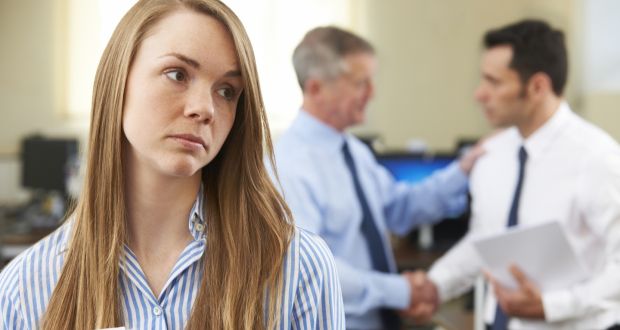 Not that long ago I was at a business conference in Berlin where I heard a woman from a very large company say something so surprising that at first I thought she was joking.

Angela Todisco, an HR boss at SAP, the German software giant, was giving a talk on the future of work when she breezily mentioned a policy her company had started rolling out to put more women into management.

When a new manager needs to be hired, there has to be at least one woman on the interviewing panel and ideally one on the shortlist, she said, “and if no woman is picked, the decision has to be justified”.

If the panel chooses a man they must provide a “short rationale” to senior executives, who can ask the interviewers to try harder unless it is clear a woman cannot be found.

I gaped at her. Rules against male-only interviewing panels or shortlists are not new but this was the first time I had come across a requirement to formally justify picking a man.

“Does it upset the men?” I asked her later. “Oh yes,” she said cheerfully. “They get very upset and they say it’s discrimination. But we say ‘Hey, we’ve had thousands of years of discrimination!’”

Hearing this, I felt an odd mix of admiration and unease. It is always impressive to see a company doing more than spout the same old guff about making the workplace more equal. Years of mentoring programmes, targets and diversity training may have been well meant but progress has been pathetic.

The share of women in senior management jobs around the world rose by just one paltry percentage point in the decade to 2017, from 24 per cent to 25, according to the new Global Institute for Women’s Leadership at King’s College London.

The picture is not much better for government ministers and other influential posts, says the institute’s chairwoman, former Australian prime minister Julia Gillard.

In the tech sector, women are actually going backwards in some places. Experts calculated three years ago that it would take until 2133 before women had the same pay and job opportunities as men worldwide. Last year they revised that date – to 2234.

So I do not feel too sorry for the men at SAP, who hold three quarters of the management jobs among the company’s 94,000 global staff, a third of whom are women. If an organisation is serious about hastening equality, asking executives to justify hiring more senior men makes sense.

At the same time though, I cannot help wondering what it must feel like to be a man whose opportunities for promotion seem to be shrinking – especially men who were not privately schooled or born to rich parents.

Regardless of their background, a lot of the men I come across in my job today bear no resemblance to the oafish clods in some of the offices I started working in decades ago.

It is impossible to imagine today’s men openly baulking at a female boss or making Weinstein-like passes at will. They argue for more women in senior jobs at work. They move countries to follow their wives. They take time off for new babies and quit good jobs to look after feeble parents.

I am not saying this is normal. But I do think a lot of men today are nicer, fairer and, as the SAP experience shows, potentially more likely to be paying for the sins of their sexist fathers. They’ve also seen nothing yet.

The woeful pace of progress towards economic equality has spurred a growing realisation that there needs to be a far more sweeping re-think about the workplace. Too many of today’s offices are still designed for men with wives at home. Hours are long and rigid. Part-time work is frowned upon. Childcare is non-existent.

This is starting to change. Last week, PwC revealed it had been flooded with more than 2,000 applications for a new scheme that lets some recruits work whatever hours they want.

I suspect the more that is done to make life easier for working women, the better it will be for everyone, male and female. Until then, I like to think the only people who should really worry about the push for gender equality are dopey men.

They have long been the big winners from discrimination. If a few miss out in future, that is something I will find easy to justify. – Copyright The Financial Times Limited 2018