Managing managers who don’t have a clue 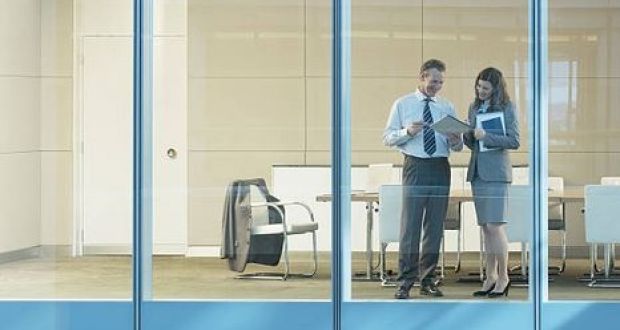 Let’s face it, sometimes your manager has no idea what he or she is talking about. This can be frustrating, especially when the manager insists on sharing irrelevant, uninformed opinions while refusing to admit a lack of expertise on the topic at hand.

Managers like this have the power to derail productive discussions with a thought they had in the shower, a groundbreaking perspective from their two-year-old son or a titbit from an article they read many years ago – although they cannot remember the title, the date, the publication or the author.

In a corporate environment standards of professional conduct prevent us from being candid about a manager’s lack of knowledge. As refreshing as it would be, you cannot just say, “hey, Dave [for the purposes of this column we will assume it’s a Dave because more managers are men], you’re out of your depth here”.

Fret not: there’s hope for you and Dave. Here are a few ways to let your manager know he has no idea what he’s talking about while maintaining workplace decorum.

Trigger his obsession with data

Contradictory data is the ultimate smackdown. Put a quick end to any tangent with, “I’m not sure the data bears that out”. Or take a more general approach by pointing out that market trends don’t align with his view.

Bringing up the data will trap your manager in an internal struggle between wanting to share his thoughts and wanting to show off how laser-focused he is on data-based decisions.

Be prepared: your manager could pull a fast one and suggest the data is wrong – or worse, that the data should be ignored. In that case throw your hands up and wonder aloud what we’re all doing here anyway.

Repeat what he said – but not really

Say, “let me see if I understand what you’re saying,” then pretend to repeat what he said, but replace his wildly incorrect argument with the correct thing. If possible highlight a few of his points that are the closest to reality. That way he’ll be distracted by what he perceives as his own brilliance.

If all goes well your manager will barely listen to anything else you’ve said and immediately agree with you, even though your recap is the exact opposite of his original statement. He’ll walk away satisfied, secure in his belief that he had a huge impact on this project.

Laugh your face off

Sometimes you can’t fight the urge to tell your manager how ridiculous he sounds. The best way to do this? Pretend he’s kidding and congratulate him for telling the best joke you’ve ever heard. Laugh wildly, then repeat his statement back to him. Point out how brilliantly humorous the inaccuracies are. Suggest a career as a comedy writer. You’ll let him off the hook for saying something ridiculous while making him feel like he’s the funniest person in the office.

If he’s smart he’ll thank you and agree that, yes, he really was joking the entire time.

Interrupt your manager with phrases such as, “let’s put a pin in that for now”, “maybe we can take that offline”, or “let’s circle back on that later”. If he’s still not taking the hint say something like, “let’s reach out to other subject matter experts and see what the best practices consensus is on this before we choose our path of action”.

It’s hard to argue with that level of nebulous corporate verbiage. Your manager will be so overwhelmed by obscure actionables he’ll completely forget what he was saying.

Okay, it’s not a real AI-powered feedback system. It’s a speaker in the centre of the conference room that you’re able to control remotely. Tell your manager that this system will listen to the meeting and determine in real time whether or not the idea being discussed is feasible. In actuality you have a button that makes the speaker say, “feasibility analysis: zero”. Whenever your manager starts talking, press the button. Can’t argue with a robot.

Go through with it

This long con works best for repeat offences. First, take detailed notes of each absurd observation or suggestion your manager makes. Then email the notes to your team, making it clear where these ideas came from.

Finally, implement every one of his suggestions, documenting and disseminating the inevitable failure.

Your manager will be rightfully mortified and might even lose his job. Worse, you’ll lose your job for listening to his ridiculous ideas. Hey, at least you won’t ever have to deal with him again. The ultimate win.