Lucy Kellaway: My futile battle to do away with business jargon 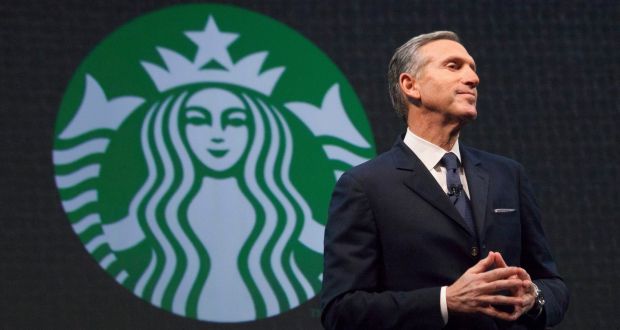 For nearly a quarter of a century, I have been writing columns telling business people to stop talking rot. For the same amount of time they have been taking no notice.

The first example I can find comes from 1994 when I wrote an article mocking ugly business jargon, arguing that language had got so stupid that the pendulum must soon swing back and plain talking about business would shortly reassert itself.

The words I objected to back then? Global, downsize, marketplace and worst of all, the mathematically nonsensical “110 per cent committed”.

What an innocent age that was.

Fast forward to July 2017, and an entrepreneur sits down to write a blog post about his company. “We are focused 1,000,000 per cent on positive, move forward, actionable efforts to help facilitate change.”

When someone sent me this bilge last week, I read it and shrugged.

Over the past two decades, two things have happened. Business bullshit has got a million per cent more bullshitty, and I’ve stopped predicting a correction in the marketplace. I’m 110 per cent sure there won’t be one.

Not only has production risen in aggregate, the worst individual offenders have gone on surpassing themselves, oblivious to my attempts to shame them into stopping.

Howard Schultz is a champion in the bullshit space. The Starbucks executive chairman has provided me with more material for columns than any other executive alive or dead. Yet he is still at it, and still out-doing himself. Earlier this year, he announced that the new Starbucks roasteries were “delivering an immersive, ultra-premium, coffee-forward experience”.

In this ultra-premium, jargon-forward twaddle, the only acceptable word is “an”.

Mr Schultz has brewed up a blend of old and new jargon, the fashionable and the workaday, adding a special topping of his own. “Delivering” and “experience” are grim but not new. “Ultra-premium” is needless word inflation. “Immersive” is fashionable, though ill-advised if you are talking about scalding liquids. The innovation is “coffee-forward”. Sounds fantastic, but what is it?

Guff-talkers will never change. Or rather, there in nothing candidly in my sightline that would suggest that good sense will resume going forward

Quite possibly Mr Schultz does not read the Financial Times and the people close to him who do read it desist from forwarding to him articles that mock how he speaks. But even if he had seen the columns, I doubt they would have made a jot of difference.

The business world is divided into two kinds of people. There are those who talk tosh (the majority) and those who do not. The defining characteristic of dedicated tosh-talkers like Mr Schultz is they simply do not see a problem with it.

And why should they? While I have spent decades getting steamed up about mere words, he has been making a difference to the way half the world lives and drinks. It is largely thanks to him that we all wander around the streets carrying cardboard buckets of pale brown stuff that we slurp through plastic lids.

Not only has Mr Schultz made this difference, he has made some money, too. About $3.1 billion, in fact.

Talking rot has not only done him no harm, I fear it may have helped him. The new “roasteries” have an exceptionally vulgar Willy Wonka-style decor with beans whizzing around in see-through pipes. When the style is all hype, the language needs to match.

Over the years, Mr Schultz has consistently proved just how bad language serves business people well. So when an analyst asks if you are going to acquire anything, you can either say no, which is a bit too bald and clear, or you can say 34 words instead, as he did a few years ago: “I would say that we have enough to digest in the near-term, and there’s nothing candidly in our sightline that would suggest that we’re involved in engaging anything that we’re going to acquire.”

Even more impressively, he has shown the way in the upping of the emotional ante. Money can’t buy you love, but love can compensate for not much money. Thus, he recently sent an email to the 100,000 or so US staff, most of whom he has never met and many of whom earn about $10 an hour, with the sign-off “know that I send you my love and respect”.

Guff-talkers will never change. Or rather, there in nothing candidly in my sightline that would suggest that good sense will resume going forward.

But this doesn’t make my past few decades spent campaigning an unmitigated failure. The few people who don’t talk rot get vast pleasure in mocking those who do. These brave and simple few have been sending me examples over the years.

I don’t love FT readers, but I do respect and thank all those who have furnished me with such riches. – Copyright The Financial Times Limited 2017