Keeping business in the family 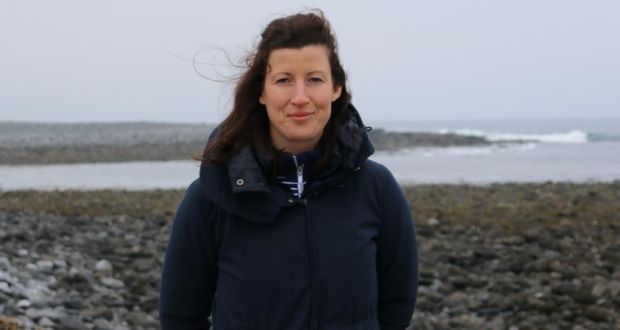 Jenny O’Halloran of Bláth na Mara: “I think Dad is confident we can to do a professional job and has let us at it to prove ourselves.”

Jenny O’Halloran was living in New Zealand when she got a life-changing phone call from her father, Máirtín Concannon. Concannon had founded the seaweed company Bláth na Mara in 2002 and, while the business was going well, he thought the time had come to move up a gear.

As a man in his 70s, he saw two ways of making this happen: either sell the company or pass it on to his family. He put a proposal to his daughter that she and her Kiwi-born husband David, a marine biologist, might take it on. So, in 2015 they left the bright lights of Auckland, a city of 1.5 million people, for the serenity of Inis Mór with its population of about 850.

“We didn’t know how the dynamic between myself, Dave and Dad was going to work, if at all,” O’Halloran says. “In case it didn’t, we agreed a ‘get-out clause’ after a year. But, in fact, we all found our groove and didn’t even notice when the first year passed.

“We’re in a tough business. We hand harvest, which is physically very demanding and quite dangerous, and before we came home, Dad harvested pretty much single-handedly with some casual help. He also developed the processing facility with its very efficient drying room.

“Since we’ve come on board, we’ve doubled the production capacity and, with assistance from Údarás na Gaeltachta and Bord Iascaigh Mhara, have invested around €120,000 in upgrading and expanding the facilities. We now have a state-of-the-art high-spec processing plant that is fully compliant with every standard you can think of from food production and organic certification to traceability and sustainability.”

Bláth na Mara specialises in harvesting wild red and brown seaweeds, which are flaked or dried for use in food production and the beauty/cosmetics industry. About 95 per cent of its output is exported.

O’Halloran says the blend of experience and knowledge now in the company has allowed it to grow, diversify and employ two staff.

“In addition to our wholesale product, we are introducing a retail line and we have started to develop a completely new income strand around foraging tours and tastings.”

Máirtín Concannon’s open-mindedness and willingness to listen to new ideas has been key to the successful intergenerational partnership.

“Dad is very interested in our suggestions and he can see that we are as passionate about Bláth na Mara as he is. You can’t pretend in an environment like this because there are so many challenges to operating on an island – from weather and tides to the sheer logistics of just getting goods and services on and off. You need to be truly driven and, of course, there’s also the emotional layer around wanting to succeed because it’s your family’s business. I think Dad is confident we can to do a professional job and has let us at it to prove ourselves.”

At P&G Cards in Co Roscommon, a changing of the guard is also under way with Michelle Daly and her sister, Aishling O’Shea, taking over the reins of their family’s greeting card company from their parents Pauline and Gerry Naughton.

The company was founded by Pauline Naughton just over 30 years ago and she remains managing director with Daly as her deputy, while O’Shea is operations director. Their father, who joined the business when he retired from An Garda Síochána in 2004, is purchasing director.

“Around two years ago, we sat down and worked out a succession plan that would run over a five- to seven-year period,” says Daly. “Since then, my parents have gradually stepped back from day-to-day operations. They still know exactly what’s going on and are effectively hand-holding us through the transition period.

“Taking over has not come as a major shock to either of us. We have both been here a long time and know the business inside out. My mother insisted we start at the bottom and work our way up to get a proper understanding of what was involved at every point. She also put a manager between us and her – someone who was not part of the family – to ensure we would learn independently.”

P&G Cards employs 47 people and sells roughly nine million cards a year, which it designs and manufactures itself (in Britain, China and Poland).

“I think my parents are watching to see have we learned enough to run things successfully and you can understand them feeling cautious as the business is my mother’s baby. She started it from scratch, has built it to what it is today and has steered it through difficult times, especially during the recession, when some very hard decisions had to be made,” Daly says.

“Looking to the future, we can see a lot of opportunities we’d like to tap into. These would include chasing more business in existing markets and opening up new ones, developing new products for the gift space and developing own-brand products for the multiples.

“I wouldn’t underestimate the challenge of taking over from your parents. The stress levels definitely go up and sometimes it feels overwhelming, especially if you overthink things. Part of it is that we really want to succeed for our parents and to prove what we can do in our own right. I definitely share my mother’s passion for the business and am constantly thinking about where we can go next.”