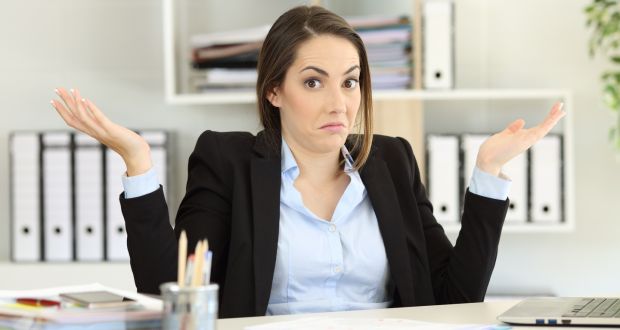 Productive jobs have largely been automated, and the number of ‘salaried paper-pushers’ has continued to expand. Photograph: iStock

The anthropologist David Graeber caused a storm when his essay On the Phenomenon of Bullshit Jobs went viral in 2013. Graeber’s provocative theory paints a damning picture of the world of work. In summary, he questions the existence of the numerous pointless jobs that have developed in the interests of giving people something to do.

He also ponders the demoralising impact on those who believe their jobs are irrelevant.

“There were plenty of surveys over whether people were happy at work. There were none, as far as I knew, about whether or not they felt their jobs had any good reason to exist,” he says in his 2018 book Bullshit Jobs, which delves in some depth into the hypothesis first put forward in the essay.

Graeber says that while roles for domestic servants and industrial and farm workers have collapsed dramatically over the last 100 years, the number of professional, managerial, administrative, clerical, sales and services workers has tripled from one-quarter to three-quarters of the workforce.

Productive jobs have largely been automated and whole new industries such as telemarketing and financial services have sprung up in their place, and the number of “salaried paper-pushers” has continued to expand.

Interestingly enough, it is most likely those in well-paid white-collar jobs who feel their work is pointless, whereas poorly paid manual workers know theirs has a purpose. If they don’t do their jobs, bins won’t get emptied and beds won’t get made up in hotel rooms.

Graeber had assumed that around 20 per cent of people believe their jobs are pointless. But polls in the UK and the Netherlands following the publication of his essay found the figure to be around 37 per cent in the UK and 40 per cent in the Netherlands. The scale of the disenchantment shocked Graeber, who concludes that we have “collectively acquiesced to our own enslavement”.

Nobody says you have to love your job, but it’s an entirely different thing to feel it falls into Graeber’s “bullshit” category, as humans are generally driven towards seeking fulfilment.

Graeber divides workers into flunkies, goons, duct-tapers, box-tickers and taskmasters, and offers some extreme examples of how those who find themselves in pointless positions cope.

One senior Spanish civil servant simply absented himself from work on full pay and it took his employer six years to realise he wasn’t there. In the meantime, he undertook a detailed study of the Jewish philosopher Spinoza.

If someone is not happy then of course they may want to get out, but don’t jump for the sake of it. You need to be sure you’re moving for the right job

There are also stories of people dying in their offices and going undiscovered for days and of a contractor for the German military who drives eight hours to move computers from one office to another a few feet away.

Getting stuck in a rut or ending up in a role you can no longer tolerate due to changes in management or ownership are both good reasons to leave, and now might seem like the perfect time. But a change may take a lot longer to effect than you think, especially if you’re a middle or senior manager. Sarah Kelly, a partner with The Panel Search & Selection, says it typically takes between 12 and 18 months to complete a senior move.

“If someone is not happy then of course they may want to get out, but don’t jump for the sake of it. You need to be sure you’re moving for the right job,” she says. “Once you throw your hat in the ring, you’re into a process and it’s a highly competitive one, and there is only a certain flow of roles at senior level.”

Kelly adds that hiring will also slow down as the holiday season kicks in but, on previous years’ experience, not that much. “Hiring is still strong in areas such as financial services where there continues to be a strong demand for people to fill senior governance roles such as head of risk and compliance,” she says.

Kelly adds that funds lawyers are in demand as are corporate lawyers versed in M&As, as there is still plenty of activity in this area. Technology and IT continue to offer opportunities, as does aviation leasing. These are also interesting times for anyone looking to join a legal firm, as the arrival of a slew of overseas law firms in Dublin has disrupted the market and created openings.

Asked how easy it is for someone disillusioned with one sector to change to another, Kelly says it is not that easy at senior level “unless you have been in a general management role with transferable skills. By and large organisations are paying you for your experience and corporate knowledge in a particular sector. Pursuing a qualification in a new area shows you’re serious but it’s no guarantee. One example I’ve seen is litigation lawyers wanting to switch to aviation leasing and doing the Law Society’s qualification in aviation leasing and finance in the hope of doing so.”

Kelly also says that, while companies are crying out for staff, they are still not listening to what employees want.

“We are constantly being asked if there is some form of flexi or variable working hours available, but these requests are generally not being heard.

Given how tight the labour market it, this is a potential pool of good talen going untapped.

“Mind you, we are beginning to see signs of a shift. Options such as remote working are now being offered even by some of the very traditional law firms.”