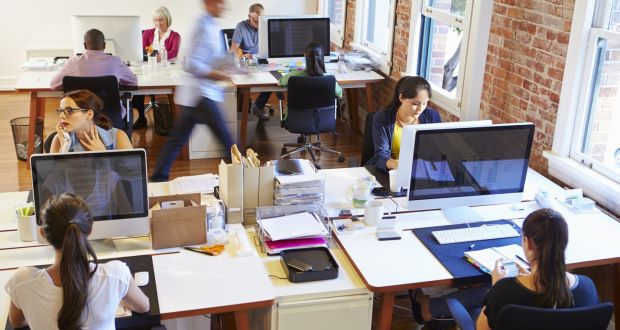 Simply calling a collection of people a team doesn’t make it one. Photograph: iStock

Loneliness is not a word one would associate with a bustling workplace, but it’s on the increase, according business coach Neil O’Brien, who has spent the last 30 years focused on raising performance and improving wellbeing and mental fitness in the workplace.

“We are living in an age of acceleration and organisations are consumed by forward momentum to the detriment of other important things,” he says. “Everything now happens at speed and, at its simplest, not everyone is able for the pace. By nature, people travel at different speeds and those who can’t keep up are being left behind.

“As a result, they are becoming isolated despite all the money being spent on building teams. In the employee surveys I regularly see, loneliness and feeling isolated at work are cropping up more and more in recent years.”

From watching how organisations and the people within them tick, O’Brien has come to the conclusion that the breakneck speed of many workplaces has forced people to become less caring about and interested in those around them. “People have trained themselves not to notice anymore because noticing means having to take some sort of action or stopping to ask someone how they are,” he says.

More and more organisations are talking about creating a workforce that is fulfilled, growing and has a greater sense of purpose and meaning

“As humans, we’re very good at picking up almost instantly if someone is not okay, but people are under so much pressure to get the job done that they’re ignoring signs of distress because they no longer feel they have the time. The focus is all about hitting the metrics.”

O’Brien has a few suggestions as to how a little humanity could be reintroduced into the workplace. “Allow five minutes in the morning for people to come in and chat to each other before starting work and encourage people to take a tea break together so they can interact,” he says. “We know from research that one of the best ways to be resilient in today’s workplace is to have a good friend or confidante within the organisation. But people have to get to know each other before they can build these relationships.”

To some extent these are “easy” wins that can ameliorate isolation. But O’Brien has a far more radical solution to offer that’s unlikely to go down well with organisations that have invested heavily in creating a team structure. In short, he believes the time has come for a fundamental rethink about teams.

​“Teams have become the default framework often at the expense of the individual,” he says. “Typically, someone is slotted into a team to play a specific role and measured on very little else apart from how he or she fulfils it. Their other talents and abilities go unrecognised and unused, which is frustrating and demoralising.

“More and more organisations are talking about creating a workforce that is fulfilled, growing and has a greater sense of purpose and meaning. Yet they rarely ask their people ‘what would you like to contribute?’ or ‘how would you like add value?’

“The bottom line is that, if that aspiration is ever going to be more than lip service, they will have to have to create environments where people are allowed to do more than role play in a narrowly-defined team structure that restricts and contains them.

“Secondly, if people are being left behind because things are happening too fast, organisations may need to consider catering for them with a more flexible structure.”

O’Brien’s suggestion that the time has come to reassess today’s almost evangelical commitment to team structures would have resonated with the esteemed psychologist and academic Richard Hackman, who taught at Yale and Harvard and wrote extensively about team dynamics. Hackman was a very hands-on researcher who used to spend time in airline cockpits, hospital kitchens and orchestra pits watching how frontline team dynamics really worked and he was sceptical about the received wisdom that teams were always the best way of getting things done.

Nearly five decades of research shaped Hackman’s view that there is a great deal more to building a successful team than putting a group of individuals together. Simply calling a collection of people a team doesn’t make it one and Hackman was clear that, within a team structure, people still needed to have self-determination and variety.

He also said that most people are really bad at being team players and that most of the time they don’t even agree about the team’s function.

According to Hackman, teams consistently underperform despite having huge resources thrown at them “because problems with co-ordination and motivation typically chip away at the benefits of collaboration”. He also found that big teams were less likely to succeed than smaller ones because the amount of managing required rises.

As a rule of thumb, he believed teams should have fewer than 10 members because bigger teams usually end up wasting people’s time. “I have no question that a team can generate magic. But don’t count on it,” he said.

In Neil O’Brien’s experience, people perform best when allowed to be themselves. Shoehorning them into narrowly defined roles within teams is counterproductive and ultimately leads to a low sense of fulfilment and the feelings of isolation that are now bubbling to the surface.

Add the further isolating impact of speed and it becomes even harder for people to “sustain healthy levels of self-worth, wellbeing, personal integrity and authenticity in the workplace”, he says.