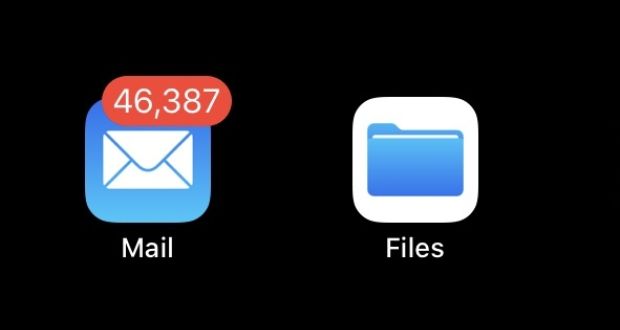 ‘I am too embarrassed to say exactly how many unread emails I have.’ Photograph: iStock

Two years ago, I wrote about an idea that readers said was “daft”, “pointless”, “very old” and generally not worth bothering about.

It was a plan to fix the tedious problem of unwanted email, by which I meant the joyless flood of marketing guff, not just conventional spam.

Filters could deal with the “Russian girl for you” offers but the more legitimate twaddle required hours of faffing to unsubscribe – and even then it was hard to stop.

The admittedly extreme idea I wrote about was something that several experts had advanced over the years: start charging senders to deliver an email.

It has of course never taken off. There were technical hurdles. It wasn’t clear where the money should go. And how could it work in a world where we are used to everything about email being free?

I stopped thinking about it and resigned myself to living with an inbox that is the digital equivalent of a brimming cesspit. I am too embarrassed to say exactly how many unread emails I have, but it is considerably more than the 500 that the average adult American supposedly had in 2015, or the 651 that a British survey reported last month.

The other week though, I was listening to a tech podcast where a man was talking about a new type of email that promised to do exactly what I wanted: wrest control of my inbox. He turned out to be Jason Fried, co-founder of a US software company called Basecamp that is trying to reinvent email.

The Hey email service it launched this month has a tool designed to let you screen out senders, just as you can screen phone calls, or give them lower levels of access. “The first time someone emails you, you get to decide if you want to hear from them again,” it said. This sounded like a more elegant solution than charging senders. The catch was that it charged the recipient: $99 (€88) a year for an email account that others seem to offer for free.

Basecamp says free email is not quite free, because you pay by giving up your personal data. This may be true, but $99 is not nothing.

One thing Basecamp has in common with Gmail, however, is a nose for clever marketing.

If you are old enough to have been sentient in 2004, when Gmail was publicly launched, you might remember it was initially an invitation-only service. About 1,000 people were given an account and allowed to invite friends. Great one-upping joy could be had by firing off an email from a coveted Gmail address.

Basecamp is on to this. To get a Hey account early you had to write in and say why you wanted it, then wait for an invitation.

When I called Mr Fried the Thursday before last, he said there were 85,000 on the Hey waiting list, up from 50,000 on Monday. By last week, when the service had been opened to all, he said more than 120,000 had signed up for an account.

I am still not sure if I will join them. I have started a 14-day trial and found a lot of things I like. Hey is fast and easy to navigate. But I can see why some reviewers have balked at the screening tool. I could imagine deploying it to say a permanent goodbye to the company that emailed last week with what it called a “free press release”. (Did it seriously think I would pay?)

It was harder to see how I could stop irksome but sometimes necessary news from my local supermarket or bank.

Mr Fried admits things are not perfect and improvements will be made. I like his candour but if I do sign up for Hey, it won’t be because I am sure I need it. Nor because I like the fact that Apple changed some of its App Store rules after Basecamp complained publicly that the tech giant had restricted the Hey app.

The main reason is that I want to encourage anyone who is trying to fix what is still a tremendous pain.

It is nearly 50 years since email as we know it was invented. I hope enough people buy Hey and anything else like it to persuade big email providers that it is time for this most basic tool of working life to be far better than it is. – Copyright The Financial Times Limited 2020