‘It’s all about the karma boomerang,’ says Galway tech entrepreneur 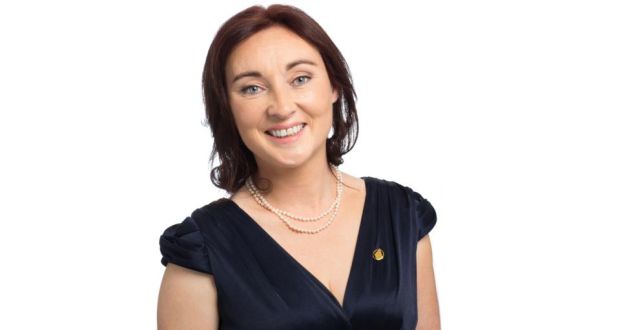 As president and co-founder of PlanNet21, Denise Tormey has a career spanning more than 20 years across technology, finance, life science and the manufacturing sectors and she has held senior leadership positions with Videnda, 3play Plus and Digital Equipment Corporation (DEC).

Tormey established PlanNet21 in 1998 to assist global US companies to establish or expand their technology, security, communications and mobility operations in Europe and the United States. PlanNet21 is headquartered in Dublin – a location which Tormey says is an ideal springboard for many US companies into the EU.

Tormey attained her degree in business studies and IT from the University of Limerick and is a qualified chartered accountant. She was an International EY Entrepreneur of the Year 2015 shortlisted candidate (losing to the “formidable” Limerick Collison brothers business, Stripe), is a current member of the Young President’s Organisation Silicon Valley Chapter, and serves on the executive board of the Irish Network Bay Area.

Recently announced as one of the Top 50 Irish American technology leaders in Silicon Valley by the Irish Technology Leadership Group, Tormey has held non-profit board positions with the American Ireland Fund, the Cork/ San Francisco Sister City committee and Project Tara and is a board member of Ayso – the American Youth Soccer Organisation.

She maintains a strong relationship with Ireland and calls herself a proud Galway native (“even more so since the team are senior All-Ireland hurling winners in 2017”). She returns home for business and also for a month in the summer so that her three children (aged between eight and 12) can spend time with their close-knit family and attend “granny camp”, GAA camp and the Connemara Maths Academy.

Back in the US, the family live in a small rural town in Silicon Valley. Her children attend the local public school where there is a strong emphasis on Stem subjects, English and Spanish and an impressive 18:1 child-to-teacher ratio.

Tormey was surprised at the expected level of parent participation in the school.

“As a full-time worker I was surprised at the time expectation. I tried to help with classroom reading – they didn’t understand my accent. I tried to help with maths but they don’t ‘carry the one anymore’ so I stick to after-school activities using the international language of sport – as a soccer, volleyball and basketball coach.”

Relocating to the US and starting from scratch in a new environment was a “business and family risk” which Tormey says has thankfully been successful, though she admits there have been some “what have I done?” moments.

Being Irish has been an advantage while working in the US.

“Many people here associate with being part-Irish and have an affinity towards the Irish. It certainly helps that we share a common cultural heritage in terms of opening doors and getting warm introductions, but it is up to yourself after that,” she says.

She is passionate about “paying it forward” – creating the opportunity to access networks of professionals where she can help “create economic empowerment”. “It’s all about the karma boomerang,” she says.

Tormey is an executive board member of the Irish Network Bay Area, a professional network of people that aspires to “create economic empowerment and access to people, tools, events and the experiences needed to succeed in the Bay Area of San Francisco”.

She is also an executive board member of the Cork/San Francisco Sister City committee and was involved in bringing 89 delegates from San Francisco led by former mayor Ed Lee, including supervisors, chiefs of staff, venture capitalists, chief executives and property investors to Cork last September.

“During the visit to Cork, the mayor spoke at the Unesco Life Learning Global Conference, we helped the IDA put on two itineraries for potential foreign direct investment, held a Dragon’s Den-style pitch session with the venture capitalists for Enterprise Ireland client companies looking for funding and expert advice, signed a memorandum of understanding between the English Market and San Francisco’s Ferry Port Building, as well as delivering a deeper understanding of our people, sport, education, talent, food and culture,” she says.

In terms of networking Stateside, Tormey says there is no shortage of events to attend.

“The pace is fast and old reliables such as soft chat don’t apply here. You need to have your ‘elevator pitch’ down. A soft introduction is a must. You need to find someone who will write an introductory email if you want a response. It’s great to have someone introduce you and explain how you relate to their business requirement. Cold calling doesn’t fly.”

Working in a largely male-dominated area has been her norm for 20 years but she says she is happy there has been an acknowledgement of the gender bias in recent years.

“My parents brought me up not to be afraid or feel in any way inferior to males. I was on the boys school football team as they hadn’t enough boys to make the team and was lucky to have had supportive teachers and mentors, both male and female. I have always been accepted, though sometimes initially mistaken as the minutes-taker token female,” she says.

Her advice to those thinking of moving to the US to work is to know the legalities around emigration and visas, to research their area first (“even better if you have references that resonate”), to plan for the move financially and to develop a network before heading out.