Is the top job up for grabs? You better have a succession plan 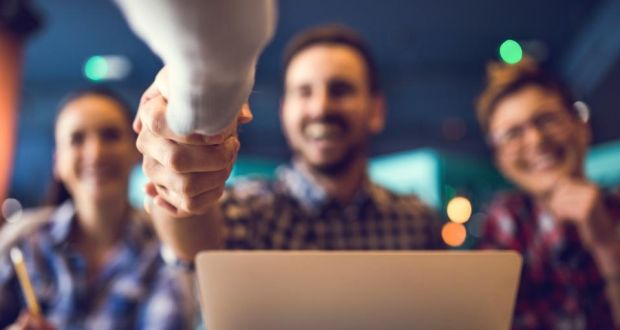 Companies that buy in to succession planning are adept at estimating their future needs and start planning several years out.

Earlier this year Renault Nissan Mitsubishi Alliance chief executive Carlos Ghosn had his contract renewed for another four years. But rather than continuing to run the business day to day, Ghosn (64) has a new job: succession planning.

Ghosn runs a tight ship and has been the public face of the alliance for almost 20 years. He’s a tough act to follow but it’s interesting to see that his focus at this point is on identifying potential leaders from within his own organisation.

There are good reasons to promote from within. It costs less, it retains staff, it keeps expertise in-house, it protects the corporate culture and it sends a positive message about career opportunities. However, it’s also potentially risky. If someone unexpected gets the job, it can really upset the status quo as those who thought they were a shoo-in are disappointed.

Internal candidates assume they already know what a job involves and often have strong opinions about the competencies required to do it. If the successful candidate doesn’t appear to have them – at least as far as rivals are concerned – it can generate great dissatisfaction with a potentially toxic side order of backbiting and a drop in morale.

The key to ruffling as few feathers as possible is high-visibility succession planning. This is a process that emphasises opportunity and makes it clear that, if someone misses out on one job, there will be other opportunities within an approximate timeframe.

In addition, if potential candidates need to upskill to apply for these positions, they will be helped to do so. This helps avoid internal competitions turning hostile.

Companies that buy in to succession planning are adept at estimating their future needs and start planning several years out. They know their employees’ strengths, weaknesses and skill gaps, and are pro-active in offering them timely opportunities to develop the competencies needed to progress.

“There’s a right and wrong way to hold internal competitions at work and career-planning help and support can keep the runners-up encouraged and engaged,” says Kevin Cashman, global leader, chief executive and executive development at Korn Ferry. “In terms of best practice, there are four key points, starting with what we call a company success profile that defines jobs by position or level to keep things fair and balanced.

“We see the starting point as creating a profile that clearly articulates the competencies, experience and drivers that are critical for a position. Be clear and transparent about what the requirements are as that alone can defuse a lot of issues around a disappointed candidate saying: ‘Why didn’t I get the job?’

“If you don’t have a job profile, it raises the possibility that someone didn’t get it because the interviewer didn’t like them and that’s when things can start to go bad. Far better to evaluate people against objective criteria.”

The second step, Cashman says, is to make sure that people are actually assessed and interviewed against the profile.

Step three – and this is where the real succession planning comes in – is to have a process in place that continually develops people against the organisation’s set of job profiles. “It’s not about reacting when a position becomes open, it’s a continuous process,” Cashman says. “If people know what the profiles are, they can see what mentoring, coaching or leadership development they may still need to be considered against them.”

Asked where the wheels typically come off when it comes to succession planning, Cashman says it’s usually around not making career alternatives clear to employees.

“If somebody doesn’t get a position and they feel the process has been unfair and they don’t have another option then everything goes bad,” he says. “Companies need to ensure that people can see other paths so that if they lose one of them, they still have somewhere left to go – maybe internal or external – and they feel more in control. So, have the success profile, interview people against it, continuously develop people against it and have career alternatives in place. All of those things help create a fair atmosphere which we find is even more important to people than compensation, assuming that too is fair.”

Cashman says that if succession is just a transaction – I get or I don’t get the job – and development to equip people for upcoming roles is not ongoing, an organisation leaves itself vulnerable and open to loss of talent for the wrong reasons. He also says that active chief-executive buy-in to succession planning is critical and that ideally the process should be tackled by the chief executive and head of human resources together.

While opportunities for advancement get thinner on the ground the higher you go, Cashman says one of the ways of coping with disappointment is to redefine how one thinks about one’s career. “Most people do it from the outside in – what’s the next thing for me – and that makes them very vulnerable if they don’t get that next role,” he says. “If they do it from the inside out – what is my purpose and what are my gifts that can really make a difference – and they become blocked in their career, they can navigate their purpose to other positions and other companies.

He adds: “Companies often say: ‘Should I be helping people to look at their alternatives both inside and out?’ Yes, you should, because that’s a commitment to development and likely to retain people. If an organisation has a robust pipeline of talent – more than two successors for every position – it may lose talent but the pipeline is still full.”