Is that me? Which one of the office tribes do you belong to? 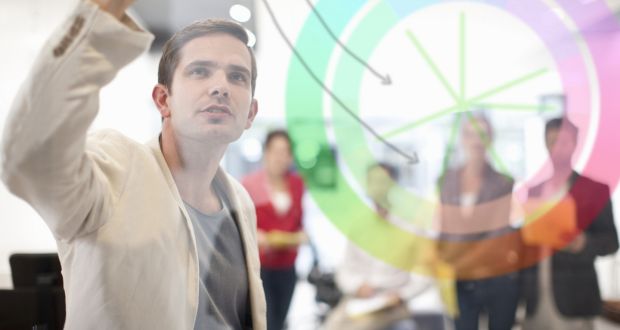 Thanks — great question! You’ve read Burp! Great Leadership Ideas: Better Out Than In, right? Fantastic — happy to sign it later. You’ll remember that one fundamental principle of Colonarchy™ is that unrealised innovation is like trapped wind. Too often, staff are holding their best ideas in.

We estimate that some 87 per cent of S&P 500 constituents have innovations backing up painfully in their corporate hierarchy. Going forward, that’s costing the US economy an astonishing $4 trillion per year.

Listen: there’s a reason why the word “invention” contains the word “vent”. As I explained in my Ted talk, Colonarchic™ companies learn to give their costive workers licence to let their obstructed ideas out, whenever and, crucially, however they want to.

If those ideas cause a stink — so much the better. It’s time some of the old guard of managers realised that if you keep creativity pent up for too long, the consequences can be nasty. As Peter Drucker almost said: Don’t Suppress It — Express It!

John’s asked to see me. That can only mean one thing. The email subject heading was a giveaway: “So, about coffee, Kathy?” S-A-C-K. Coincidence? I think not.

Now coffee has turned into lunch which can only be bad news. Sarah has tried to reassure me no one is made redundant over a meal, particularly where knives are within reach. It’s behind closed doors, where no one can see you cry, she insists. But, aren’t restaurants best? Harder to make a scene. The last meal, management’s final gift.

Redundancy could be a blessing. I’d get to see the kids before school. And before they go to bed. Maybe even the weekends? But what if I never get another job? We’ll lose the house, the kids will have to leave school, their friends. They’ll hate me. James will too, of course. Divorced, no doubt drinking in the daytime, only to be discovered dead with cats eating my eyeballs. Not even my own cats, they’ll probably want to live with James and the kids. Oh God! Strangers’ cats will be feasting on my putrefying body!

Thank God. No bad news. Just a catch-up chat. Such relief! Can’t believe I was worrying about nothing, again.

Robert just walked past and didn’t say ‘hi’. Wouldn’t look me in the eye. That can only mean one thing.