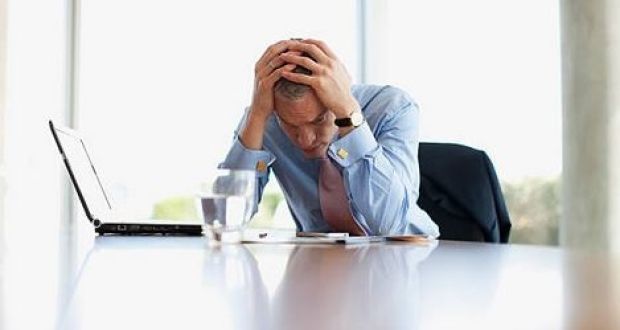 The number of Irish workers who described themselves as stressed at work more than doubled in just five years from 2010 to 2015. Photograph: Getty Images

Irish workers are more likely to be stressed by emotional demands and exposure to bullying, harassment and other forms of mistreatment than their peers across Europe, a new report suggests.

However, they are less likely to report time and deadline-related stresses, according to the study from the Economic and Social Research Institute (ESRI).

The number of Irish workers who described themselves as stressed at work more than doubled in just five years from 2010 to 2015, with job stress among employees put at 17 per cent in 2015, compared to just 8 per cent in 2010.

There was no specific data to explain why Irish workers appeared more likely to report emotional stresses than workers elsewhere, but the authors of the report suggested it could be due to the relatively high level of frontline service jobs in this country.

It identified that job stress was more common among those who had to deal with angry clients or customers, or hide their emotions while at work. Those experiencing these high levels of emotional demands were 21 times more likely to experience job stress than those with the lowest levels.

The level of job stress in Ireland was still below the 19 per cent average reported across 10 western European countries.

Those who worked over 40 hours per week were twice as likely to experience job stress as people working between 36 and 40 hours.

Employees were less likely to experience stress if they experienced support from co-workers and managers, felt that their job was useful or had a feeling of work well done.

“Job stress is becoming a more important issue in the Irish workplace as the economy becomes increasingly service-based. Employers need to manage these risks to prevent the significant individual and organisational costs of stress-related illness,” said Dr Helen Russell, an author of the report.