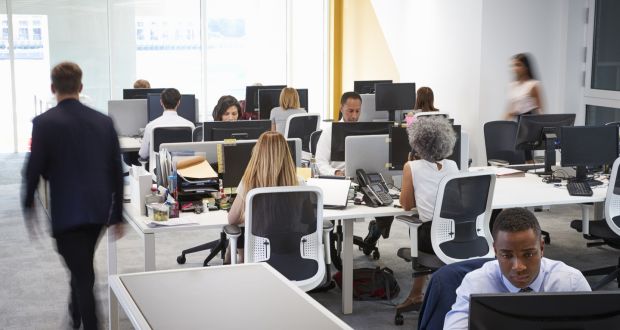 ‘The biggest business case for diversity is still its beneficial impact on the bottom line.’ Photograph: iStock

Around this time last year, management consulting firm McKinsey updated its international research on the positive link between diversity and financial performance. It noted that progress on diversification initiatives had been slow and that “companies are still uncertain about how they can most effectively use diversity and inclusion to support their growth and value-creation goals”.

Diversity in business is about shaking up traditional organisational structures to increase the number of women, LGBT people and those from multicultural backgrounds in the workforce in general, and in leadership roles in particular. The benefits of having a more varied people mix include attracting top talent, having more informed decision making and improved collaboration, and getting a broader and better grasp of customer needs.

For example as customers, women are involved in 80 per cent of consumer goods purchases while LGBT households represent a rapidly growing consumer segment.

However, the biggest business case for diversity is still its beneficial impact on the bottom line. According to McKinsey, companies that ranked highest when it came to gender diversity were 21 per cent more likely to experience above-average profitability. Those with high ethnic and cultural diversity also showed a 33 per cent likelihood of outperformance on Ebit margin.

And it’s not just good for profitability. There is also a strong correlation between diversity and a strengthening of organisational culture and the creation of long-term value.

“The business case for diversity continues to be compelling and to have global relevance,” the report says. “There’s an opportunity for promoting diversity in senior decision-making roles, and specifically in line roles on executive teams.

“Although levels of diverse representation in top teams are still highly variable globally – with progress being slow overall – there are practical lessons from successful companies that have made inclusion and diversity work. Creating an effective inclusion and diversity strategy is no small effort and requires strong, sustained, and inclusive leadership.”

And that’s the rub. There is no quick route to diversity. And when it comes to how well Irish employers are shaping up, there is still a big gap between what they say and what they do.

This is not because they’re resistant per se. It seems to have more to do with not really knowing how to implement diversity initiatives and being tight with the purse strings when it comes to putting money behind them.

In the 2018 EY Diversity & Inclusion report, 40 per cent of the 150 companies surveyed cited the lack of resources as a major challenge. In this second such survey produced by the company very little had changed year on year at a practical level according to Olivia McEvoy, director, diversity and inclusion at EY Ireland.

For example, while 98 per cent of companies agreed that an inclusive environment is vital for business performance, only 24 per cent have a programme in place to recruit diverse candidates and almost 68 per cent have not completed a diversity and inclusion diagnostic within their organisation.

The majority of organisations think they are doing what it takes but, when we look under the hood, the reality is somewhat different

The extent to which company boards and senior management teams have members from mixed backgrounds is also a critical benchmark of diversity success and Irish organisations are not stepping up. Boards here remain predominantly white (92 per cent), male (74 per cent) and lacking in LGBT (20 per cent) and disability representation (14 per cent).

The number of women on Irish boards and in senior management remains at 26 per cent and 32 per cent respectively.

“The majority of organisations think they are doing what it takes but, when we look under the hood, the reality is somewhat different,” McEvoy says. “The expectation that change will simply happen, that diversity will naturally come to pass and inclusion will follow, may well be the crux of the issue. Established work practices in areas such as recruitment and leadership development are largely continuing unchanged.”

Events and sponsorships are most likely to get diversity funding but McEvoy points out that these alone will not drive improved business performance.

“Companies need to put their money into strategy development, benchmarking, training and recruitment,” she says. “It’s also vital that we engage men not just in the conversation but in the action needed to achieve more diverse and inclusive organisations.

“We especially need men to understand that this is not a zero sum game where gender parity means losses for them. There are many social, economic and political benefits of gender parity. However, because there has been such a focus on gender diversity, a lot of men do not feel they have legitimacy to get involved. We need to change that now, especially given the prevalence of men in senior leadership roles.

“We also need to ensure initiatives like workplace flexibility are reason neutral rather than mostly around family responsibility. At the same time, there is a wider cultural piece and, until we move childcare into the realm of parents rather than mothers, women will continue to be disadvantaged.”

Ciara Garvan is the founder of WorkJuggle, an employment platform geared to those who want to work part-time or on short-term assignments. She believes organisations that don’t address the issues behind recruiting and retaining women are wasting a valuable resource.

“The average return on equity of companies with at least one woman on the board between 2006-12 was 16 per cent compared with 12 per cent for firms without female board representation,” she says. “That’s a 4 per cent increase on return on equity. If there was a magic pill that could guarantee that kind of return, venture capitalists would be swigging it down with their morning orange juice.”