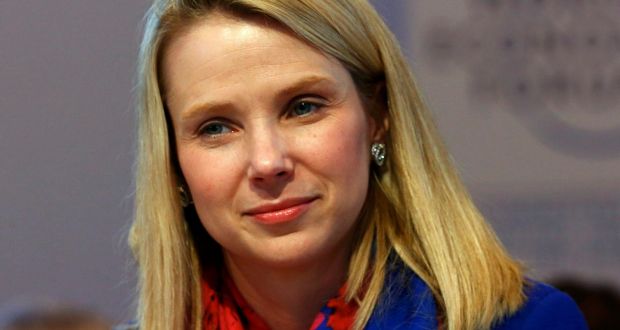 Ihave been thinking a lot about “Bob”. He was a US software developer who worked from home for a large company. In 2013, it emerged Bob had been outsourcing his own job to China. He sent a chunk of his own salary to a Chinese consulting firm to do his work so he could surf Reddit, trade on eBay, update Facebook and watch cat videos, according to a blog post by Andrew Valentine of Verizon, who investigated the case.

Bob’s cunning solution to the work-life balance conundrum is on my mind because of the troubling suggestion that if you work remotely, your employer could eventually realise you are eminently replaceable by someone else doing your task more cheaply on the other side of the world. Out of sight, out of mind, out of work.

An AlphaWise survey for Morgan Stanley last month showed only just over a third of UK office staff had returned to their usual workplace, compared with 83 per cent in France and 76 per cent in Italy. Ireland too lags the wider European experience.

In a more recent YouGov poll of British adults, only 13 per cent firmly believed workers who could do their job from home should return to the office.

Helena Morrissey, the campaigner and former fund manager, railed in the Daily Mail last week against the “persistent atmosphere of exaggerated fear” she believes lies behind those figures. She also raised the spectre of outsourcing. “Those who opt not to return to the office through fear or complacency may be in for rude awakening,” she wrote.

I dispute the implication staff are the crude sum of their marketable skills and the wider suggestion workers have an economic duty to return to their offices. But Dame Helena’s point contains a core truth. In the uncertain phase before reliable Covid-19 vaccines and therapies are found, companies will have to use workers more flexibly. They may need to outsource work to cope with any recovery in demand, or offset a prolonged downturn. And they already have the tools to do so.

Not that they always use them. Even in Silicon Valley, recruiters used to ask candidates for programming jobs to write code on whiteboards during face-to-face interviews. They would tend to hire within a 20-mile radius of their California offices, according to Vivek Ravisankar, co-founder of HackerRank. He says companies are now finally asking: “Why can’t we open up our applications to anyone in the world?” Mr Ravisankar would say that. HackerRank is a platform to facilitate remote assessment and recruitment, which conducted 100,000 interviews for clients in a 30-day period earlier this summer.

Nicholas Bloom of Stanford University, who has examined the productivity of remote workers (and reminded me about the Curious Case of the Man Who Outsourced Himself) also foresees a future of hybrid work. Companies will use outsourcing as one of a mix of strategies to cushion themselves against volatility.

White-collar employees higher in the traditional office hierarchy may come under threat, he suggests.

Prof Bloom’s pre-pandemic research shows the greatest productivity gains occur when staff have a choice of where and how to work, so the correct answer to the YouGov question of whether workers should return is the one 36 per cent of respondents gave: it should be up to them.

Even so, simply being in your manager’s eye line offers little protection against your job being outsourced. Coercing or scaring people back into offices is bound to backfire, leaving behind a noxious whiff of presenteeism. After Marissa Mayer, then Yahoo’s chief executive, ordered employees back to the tech company’s mothership in 2013, the prescient guru of flexible work Charles Handy told me companies should “lure staff in, not command them”.

In increasingly tough times, staff will, though, have to perform and produce, whether from a muggy front room or an air-conditioned, Covid-proofed cubicle, and they will have to be well managed.

As Ms Mayer explained in an interview with MIT Technology Review last year: “I wasn’t trying to make a big political statement about the way that people want to work in the future . . . I was just trying to say, look, if we’re going to try and turn this company around, something like 10 to 20 per cent of the people are a bit out to lunch.”

Trusting people to work well from home is one skill managers now have to learn. Verifying that they are not “out to lunch” is another. It is harder than you might think.

When Verizon’s investigators looked into Bob’s situation, they examined his record: “His code was clean, well written and submitted in a timely fashion,” they observed. “Quarter after quarter, his performance review noted him as the best developer in the building.”

Except he wasn’t in the building, and he wasn’t even the developer writing the code. – Copyright The Financial Times Limited 2020