How to stay motivated while working from home

How to stay motivated while working from home 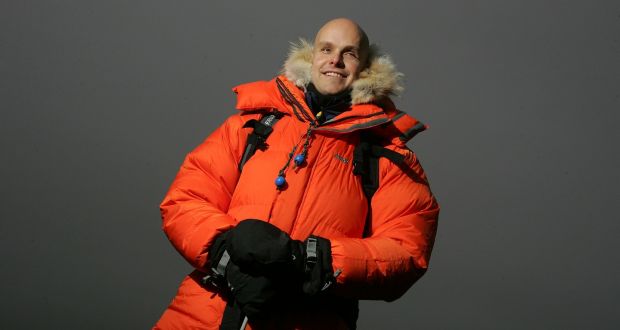 Motivation is a slippery fish at the best of times. It’s unbelievably fragile as anyone who has made and broken new year resolutions faster than the speed of light knows. But it’s also unbelievably powerful and can bring people through the most difficult circumstances.

One thing that’s certain, however, is that motivation is volatile and not that easy to sustain when you’re working remotely and cut adrift from the normal interaction of the workplace.

Motivation is a complex driver that governs our behaviour and this is underlined by the fact that it pops up as a factor across a number of disciplines, from management and organisational behaviour to social and educational psychology. It also plays a role in affective neuroscience and cognitive psychology, where academic Prof Kou Murayama, who heads the multidisciplinary motivation science lab at the University of Reading, says it “has been normally treated as a nuisance factor that needs to be controlled”.

Murayama’s research is feeding into the emerging and stand-alone field of motivation science, which aims to take a multidisciplinary approach to understanding the different types of motivation and how they “fit and function together to produce behaviour”.

In his paper, The Science of Motivation (published by the American Psychological Society in 2018), Murayama points out that not all motivations are created equal and he also says that the use of competition – a style often favoured by managers looking to improve performance – doesn’t work consistently as a means of increasing motivation.

Individuals differ when it comes to willpower and motivation but some people are called on to exercise both, to an extreme degree. Mark Pollock studied business and economics in Trinity College Dublin before losing his sight in 1998. Unwilling to be defined by what he couldn’t do, Pollock, who was a competitive college rower, went on to win silver and bronze medals at the Commonwealth Games. He then threw himself into ultra-endurance sporting events and became the first blind athlete to race to the South Pole.

Pollock was subsequently asked to speak about his experiences to a corporate audience and one talk led to another. Over the last 10 years he has built a successful career on the international speaking circuit despite being paralysed in a fall in 2010. His TED talk about resolving the tension between acceptance and hope topped 1.5 million views within six months.

Pollock doesn’t care for the term “motivational speaker” because he says gung-ho positivity is not his thing. Instead, he uses his own experience of coping with adversity to be thought provoking in a way that encourages people to take a step back, reflect and if necessary regroup.

Resilience and adapting to change are two of his main themes and he says what people need now is to regain their sense of proportion and control, as both have been thoroughly undermined by the pandemic.

“Everything is suddenly on the table and people are constantly facing multiple choices which can be overwhelming,” Pollock says. “My advice is to narrow the focus of what you’re trying to deal with. Resilience is about separating the internal and the external locus of controls and taking charge of what we can control – we always have options.”

Remote working has made it way more difficult to manage teams and keep everyone pulling together but Pollock believes it’s worth making a big effort to sustain team function because bringing people together is the best way to solve complex problems.

In this he speaks from the experience of having pulled teams together to take on extreme challenges, such as the race to the South Pole and running six marathons in seven days in the Gobi Desert. “When individual endeavour is combined with others through collaboration, that is when major breakthroughs happen,” says Pollock, whose personal quest is to help find a cure for paralysis in his lifetime.

Like many businesses, Pollock’s was hugely affected by the coronavirus outbreak and, within a few days, all of his travelling engagements were cancelled. Almost overnight, he had to move online and he is now leading a series of 45-60 minute corporate webinars with co-host Paula Cunniffe, chief executive of Strive Management, covering topics such as resilience and motivation, coping with sudden change and unexpected challenges, charting some sort of a roadmap through the current uncertainty and dealing with fear and anxiety.

Pollock describes himself as a realist not an optimist and as someone who is at ease with the mindset of the ancient Greek Stoic philosophers. He has also been influenced by the Austrian neurologist and Holocaust survivor, Victor Frankl and by US vice admiral and Vietnam War veteran James Stockdale, after whom the paradox (why confronting reality is vital to success) is named.

“Optimists rely on a positive mental attitude based on hope. Realists try to balance the tension between acceptance and hope,” says Pollock, who is the co-founder of the global running series Run in the Dark and part of the World Economic Forum’s young global leadership programme.

“Challenge is the opportunity and sometimes we choose our challenges and sometimes they choose us as we’re all experiencing right now. The starting point is to confront the facts and accept them and resilience starts from there. In a crisis, spectators sit on the sidelines while competitors show a willingness to pursue success at the risk of failure. The choice is ours.”