How to encourage your team to speak about problems 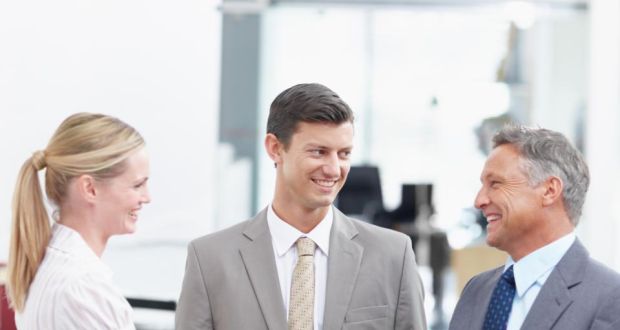 The “bring me a solution” approach can be problematic. Photograph: Getty

It’s time to retire the saying: “Don’t bring me problems; bring me solutions.” Even though advocates of the approach believe it reduces whining and boosts careers, it is in reality fraught with challenges.

Not every problem has an easy solution. Tackling the complexity of most significant issues can require a pool of talented people with diverse points of view. The “bring me a solution” approach can also lead employees to shut down in fear, breed a culture of intimidation and prevent some problems from surfacing until they’re full-blown crises.

If saying “don’t bring me problems” is so troublesome, why do so many managers continue say it?

A key reason is a desire to avoid excessive complaints. But communicating the potential pitfalls and roadblocks for an initiative is different from complaining and can give leaders precious lead time to avert a crisis.

Here’s how you can encourage your team to bring up problems in a more productive way:

Make it safe: Modify your behaviour so that people aren’t afraid to bring you bad news. In his book Business at the Speed of Thought, Bill Gates says that one of his most important jobs as CEO was to listen for bad news so that he could act on it. When I worked at Microsoft, our reviews with him often included detailed discussions about problems.

Require problem statements instead of complaints: Although you should want people to alert you to potential issues, your employees need to learn how to distinguish between raising a valid concern and simply complaining.

Complaints are often identifiable by their uncompromising tone and reliance on words such as “always” and “never”. Problem statements, on the other hand, provide objective facts, examine underlying factors and causes, and reveal everyone’s role in creating the problem.

When the issue is presented in the form of a problem statement, it’s much easier to spot patterns behind specific issues. Because the presenters acknowledge their part in the problem, you know they’re open to being part of solution, not just blaming others. This allows everyone to dig deeper and identify the root cause of the issue.

Find the right person to solve the issue: When an employee presents you with a problem, consider its scope and that person’s ability to solve it. If they can single-handedly tackle the challenge, maybe they just need your approval or coaching before proceeding.

If the size of the problem is beyond their ability to solve, someone else might be better suited for the challenge. Based on the situation, you can coach the individual to stretch their abilities and tackle the challenge; thank them for raising the issue and assign it to the appropriate people to resolve; or bring together several groups to address it.

Your employees are always going to encounter problems. By inviting people to bring up problems early, often and constructively, you reduce fear and increase the speed of problem resolution.