How to cope when your stand-in smashes it 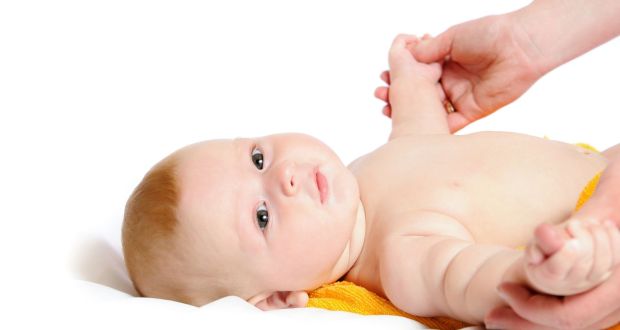 On Mumsnet, the parenting website, women going on maternity leave fret openly there about the threat of the brilliant replacement.

I got back to work from holiday last week to discover something disturbing. While I had been lolling about on the beach in Spain, a guest columnist filling in for me had written a phenomenal hit.

Sarah Cooper’s tips on the six things working women should pretend they cannot do – take notes, make coffee, plan parties and so on – was so fantastically popular it had been the Financial Times’s most-read story all week.

“The numbers are still going up every day,” marvelled the editor who had astutely commissioned Ms Cooper, an American writer and comedian who used to work at Google and wrote a book I rather like called 100 Tricks to Appear Smart in Meetings.

The editor was right. It was all there in black and white on the FT’s digital “dashboard”, a tool that lets you see exactly how many people are reading a story and when.

Forget Apple becoming a trillion-dollar company or heatwaves scorching the planet. Thousands more people had wanted to read Ms Cooper’s jokes about why cleaning the office fridge will derail a woman’s career. Since I had been one of the thousands, I could hardly complain.

This did not stop me emailing a friend on another newspaper to moan that, as post-holiday returns to work go, mine had been a disaster. “No use beating yourself up about online clicks,” she said. “It’s all very random.”

I tried to believe her, but the whole affair was a reminder that being upstaged by a stand-in is one of the great unspoken fears of working life.

There are two reasons for the dread, starting with inevitability. The longer people stay in jobs, the more likely it is they will need to spend time on leave – being sick, having a baby, looking after an ancient parent or worse.

This would be fine if it were not for the second problem: no one is ever supposed to admit to being petty and insecure enough to be bothered by a star replacement. If a nicer, cleverer version of you is doing really well in your job, the correct response is: what a relief! They are younger and cheaper, too? How marvellous to see a promising newcomer getting a break!

If you want to see what people actually think, go to Mumsnet, the parenting website. Women going on maternity leave fret openly there about the threat of the brilliant replacement – and plot to thwart the intruder. Getting in on interviews to pick one’s stand-in is a popular tactic, though opinion is divided on execution.

Choosing a hateful idiot has obvious merit, except if they leave things in such a shambles it creates months of extra work when you get back. A lot of Mumsnet users agree it is smarter to find someone good enough to keep things ticking over but not so good that the boss will want to keep them on. As one put it, the word for the ideal replacement is “mediocre”.

Another favoured ploy involves cunningly arranging to share out one’s work so a replacement is not even needed – though again, there are lurking risks. At least two women who had done this admitted to panicking that their colleagues would realise they could manage well without them.

The perils of taking leave because of a new baby is not, of course, confined to women. At a musical in London’s West End a few months ago, the leading man – Tim Howar – had to dash off in the interval because his wife had gone into labour. His understudy, Cellen Chugg Jones, performed so well he was lauded for “smashing it” and stealing the show.

Yet I like to think Mr Howar’s case is instructive. He has just won one of the West End’s most famous roles: the phantom in Phantom of the Opera. In other words, being briefly upstaged by his understudy did not dent his career.

I suspect this shows that there is really only one answer to the dilemma of the talented stand-in: get a grip and keep things in perspective.

Being shown up by a stellar surrogate may be embarrassing and irksome but it rarely leads to the sack. If it does, there is a chance it was deserved and, if not, you probably should not be working for such an unfair employer anyway.

Ultimately, there are times when work simply has to take second place and someone else will need to replace you. Worrying may be natural but it is also utterly pointless. – Copyright The Financial Times Limited 2018