How does Ireland measure up in terms of entrepreneurship? 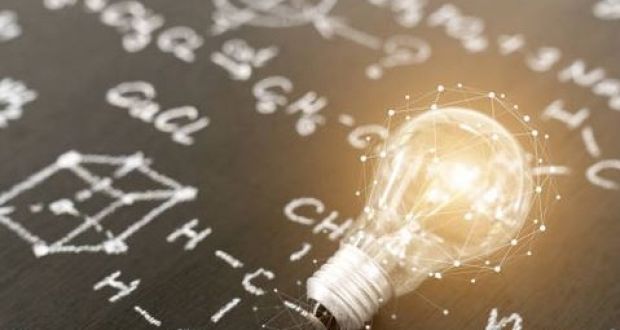 Earlier this summer the National Competitiveness Council (NCC) brought attention to a serious vulnerability in the Irish economy. We are overly-dependent on a small number of foreign-owned firms operating in a small number of sectors.

This raises the question of how to rebalance the economy. The NCC correctly highlighted that it would require existing enterprises to innovate, diversify exports, and increase productivity. But it was silent on the role entrepreneurs might play.

Entrepreneurs can be central to renewing the enterprise base. Think of the impact of high profile start-ups such as Airbnb, Snapchat, and Uber in the United States.

Firms that were founded in recent decades, such as Amazon.com (1990s), Apple and Cardinal Health (1970s) and CVS Health and Walmart Stores (1960s) now rank among the top 15 on the Fortune 500 list of the largest US firms.

How does Ireland measure up in terms of entrepreneurship?

This is not a straightforward question as the impact of entrepreneurs extends beyond the very small number of high-tech firms that grow relatively quickly and cash out. Some spend a lifetime building their business before passing it on to other family members or selling it. For some the impact may be local, bringing new services to their community rather than achieving high growth.

And for many entrepreneurs starting a business is about a transition into self-employment – an end in itself. More recently, some entrepreneurs measure their impact in terms of a social mission.

Ireland, or more accurately Dublin and some other urban areas, has a strong tech-related entrepreneurial ecosystem. This is the result of the success over recent decades of many entrepreneurs and start-up teams that started and expanded new tech-based businesses. Their successes helped create an ecosystem of supports such as investors who provide risk capital and access to advice and support from other entrepreneurs.

But how many entrepreneurs start tech-related businesses? Using OECD classifications, data suggest that about one in nine Irish entrepreneurs is pursuing an idea that is medium- or high-tech. Is this number high?

Recent information published by the Global Entrepreneurship Monitor (GEM) shows that Ireland ranks high within Europe in terms of both tech-entrepreneurship and high-potential entrepreneurship (i.e. entrepreneurs with high growth ambitions and/or international customers accounting for more than one quarter of sales).

Ireland ranks fourth in a basket of 20 European countries in this area. This is a positive endorsement of Ireland’s entrepreneurship policy of targeting supports at entrepreneurs that are export-led and have high-growth aspirations.

What do the numbers say about entrepreneurs more generally – the eight in every nine entrepreneurs that don’t identify as high- or medium-tech?

A few numbers from the GEM report provide some insight. On a positive note over the past three to four years as many as 90,000 people in Ireland were involved in a start-up, including those moving into self-employment. For most, but not all of these entrepreneurs, this is their first start-up.

To put this number in context, the Central Statistics Office says Ireland has a workforce of over 2,200,000. It is important to note that every year many owner-managers also close a young or more established business. The figures suggest that about one-fifth of those closing a business are also involved in starting a new business.

How does this number of 90,000 entrepreneurs compare to recent years and to other countries?

It’s higher relative to the number during the recent economic crises. However, it is lower than the number from the Celtic Tiger era. That economic boom created opportunities for many entrepreneurs, increasing demand in many sectors, including personal and professional services. The rapid growth in construction supported many new firms.

A growing economy also offered novice entrepreneurs a potential safety net – the possibility of transitioning back into a vibrant job market should the start-up not work out.

And compared to other countries?

Last year Ireland ranked mid-table – ninth of the 20 European countries studied – in terms of the rate of entrepreneurship. (In sporting terms, based on last season’s performance this is Leicester City in the Premiership).

One number that jumps out from the recent GEM data is that, relative to other European countries, fewer people in Ireland consider entrepreneurship a good career choice.

In absolute terms just over half of people in Ireland consider entrepreneurship a good career choice. This is lower than in previous years: it was as high as 67 per cent during the Celtic Tiger years. And, compared to other European countries,it is also low, with Ireland ranking 16th of the 20 European countries.

Colm O’Gorman is professor of entrepreneurship at DCU Business School

The results of the most recent survey of entrepreneurship in Ireland are available for free at https://www.gemconsortium.org/report.