Happiness economics, ‘hygge’ and the world of work 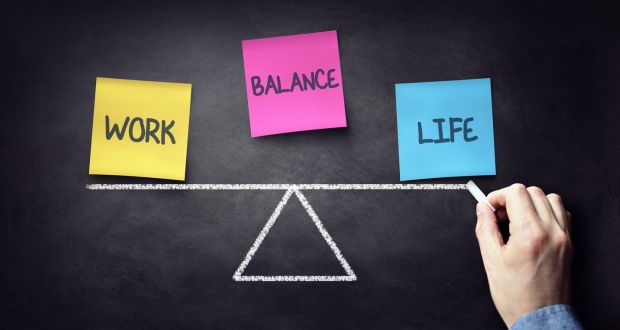 Ireland might want to look to Denmark, which was ranked number one on the UN’s World Happiness Index for 2013, 2014, and 2016. Photograph: iStock

The 19th century Scottish writer and philosopher Thomas Carlyle famously called economics “the dismal science”. But much has changed in economics over the past 30 years.

One noticeable change has been the rising interest shown by economists in measures of subjective well-being, often labelled as “happiness economics”. Economics now recognises the problems with relying on gross domestic product (GDP) alone as an indicator of progress.

Although there is some relationship between GDP and the well-being of societies, economists now accept that GDP should be seen as a means to an end, rather than an end itself, and that GDP alone is not a good proxy for well-being.

Well-being is credited with having a key role in creating successful societies. There is strong evidence that improving employee well-being can lower staff turnover and boost productivity. A recent study found that six in 10 people are likely to stay longer term with employers interested in their wellbeing.

With that in mind, Ibec recently launched “the Keep Well Mark”, an accreditation that “recognises and celebrates organisations that put the wellbeing of employees at the forefront of company policy”. Ibec’s “Keep Well” document reiterates that employers’ focus will be on increasing employee productivity. To date, however, only a minority of organisations have prioritised employee well-being.

So, what makes people happy? Let’s start with the obvious.

However, as incomes in Ireland have grown over the past 30 years, has it translated into higher life satisfaction? Proponents of the Easterlin Paradox claim that developed countries are no happier now than they were a generation ago: other economists have found a positive relationship between income growth and the increase in subjective well-being over time.

In terms of labour-market status, the evidence is pretty much unanimous that unemployment is associated with lower levels of well-being , when you compare an individual who is unemployed to another who is in employment, and when tracking the same individual over time as their labour-force status changes between working and unemployment.

In terms of age, there is global U-shaped relationship between subjective well-being and age, with those people in their mid-40s having the lowest satisfaction and those aged over 80 the highest.

A society that prioritises well-being at work should help individuals feel happy, competent and satisfied in their roles. Moreover, if people achieve good standards of well-being at work, they are likely to be more loyal, more productive, and interact better with their colleagues and customers.

Studies have also shown that employee engagement strategies are insufficient to improve well-being at work. Instead, it requires a broader approach, focusing on enabling employees to have a greater sense of purpose, promoting greater experiences of positive emotions, morale, motivation, and even life satisfaction.

A recent “Well-being at Work” study by the New Economics Foundation had several important conclusions about how best to foster well-being at work. These included:

The report highlights two areas where the working environment can play an important role in supporting individuals. First, by providing opportunities for individuals to carry out physical activity, organisations can improve their employees’ health and vitality. Whether that is facilitating in-house morning yoga or sponsoring corporate cycles, there are several initiatives that employers can take to encourage an ethos of taking regular physical activity at work.

Second, as backed up by the European Quality of Life Survey, a poor rating of an individual’s work-life balance was deemed to be the strongest predictor of daily stress. Therefore, organisations have a key role in enabling staff achieve a healthy work-life balance in order to flourish both at home and in their working environment.

It is also worth mentioning the importance of a good night’s sleep to subjective well-being. According to data from the same European Quality of Life Survey, Ireland ranks 18th out of 27 EU countries in terms of vitality.

As it happens, the UK ranked last in Europe, with people there being the least likely to report feeling active and vigorous, or waking up rested in the morning. To take advantage of the well-being benefits associated with having a well-rested workforce, employers should mitigate against the long-hours culture and allow staff flexibility around working from home or allow flexible working hours to accommodate lengthy commutes.

Well-being also matters at a macroeconomic level. At present, the US economy is growing, unemployment has reached 20-year lows, and real wages are starting to rise. However, in recent surveys a lot of Americans say they’re not particularly happy or satisfied with their lives.

Instead of looking across the Atlantic for lessons, Ireland might instead want to look to Denmark, which was ranked number one on the UN’s World Happiness Index for 2013, 2014, and 2016 (it came second to Finland in 2017). The Danes place a strong emphasis on work-life balance (a normal work-week is 37 hours and Danish employees benefit from five weeks of paid holidays a year). It is also one of the most egalitarian countries in the world in terms of gender and other social issues. More generally, the social concept known as “trust” is a key factor in the Danes’ prescription of happiness.

However, Meik Wiking, the author of The Little Book of Hygge and the chief executive of Copenhagen’s Happiness Research Institute, believes hygge could be the secret ingredient to Denmark’s world happiness ranking. While there’s no one English word to describe hygge, it essentially describes the feeling or mood that comes taking genuine pleasure in making ordinary, everyday things more meaningful, beautiful or special.

To that end, making the workplace a better place to be on a day-to-day basis should go a long way to improve life satisfaction in Ireland. As Ibec concludes in its report, “healthy workers = healthy organisations = healthy business performance”.

Cian Twomey is a lecturer in economics in the JE Cairnes School of Business & Economics, NUI Galway.