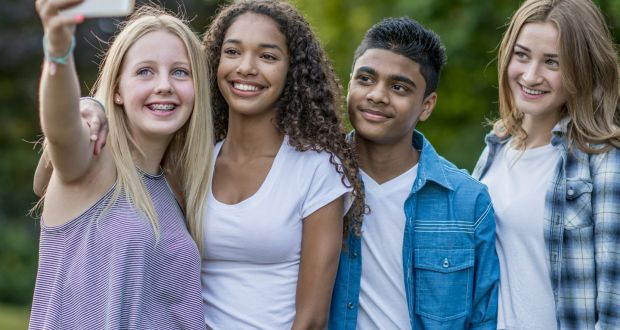 Generation Z-ers may be thoughtful, open to new ideas and at ease with digital channels, but they face an information and ideas overload they may not be experienced enough to “edit”.

Millennials have had a bad rap from their baby-boomer bosses for being too high maintenance. Their attitude to work jarred, as did the fact that they can be flighty and likely to chop and change between jobs.

But when it comes to being difficult to manage, millennials may yet be in the cheap seats compared with what’s coming – tech-savvy but not necessarily life-savvy Generation Z-ers whose attitudes to work and authority take informality to a whole new level. And there are a lot of them – an estimated 70 million in the United States alone.

There is no consensus as to the precise dates for Generation Z but, broadly speaking, they were born between 1990 (and some would say as late as 1998) and 2000. They are also referred to as second-wave millennials and the iGeneration. Whatever the moniker, we’re talking about those in their 20s who are starting to exert their influence on the workplace.

What makes them very different to previous generations is that they are the first wave of “digital natives” – kids born with devices rather than rattles in hand. But this is proving to be a double-edged sword. On one hand they are technologically fearless and have the know-how to make technology work harder and smarter than ever before to achieve business objectives. On the other hand, they have grown up in an environment where their view of the world has been influenced by the virtual reality of their intensely digital lives – not always in a good way.

Generation Z-ers may be thoughtful, open to new ideas, conscientious and completely at ease with digital channels, but they also face an information and ideas overload they may not be experienced enough to “edit” and can end up confusing what’s real and what’s not.

Millennials were typically the product of a comfortable and relatively stable world. Generation Z have grown up in more uncertain times shaped by the recession (which may have affected their families’ economic status), globalisation, step changes in technology and work practices, far greater social and sexual diversity and, for the older ones, events such as 9/11. This, sociologists say, may make them more risk-averse and anxious about the future.

Add to this that many have been born to older parents and have grown up in highly organised, protected and personalised environments and a picture begins to emerge of an expectant generation that may be tricky to manage.

US-based management consultant and writer Bruce Tulgan, of Rainmaker Thinking, has been tracking generational change in the workplace and its impact on organisations, especially on supervisory relationships, since 1993.

“That’s when I started conducting in-depth interviews with young people and their managers as part of original research for my first book, Managing Generation X. By the late 1990s, I’d started tracking the first wave of the great Millennial cohort and have been tracking the second wave or Generation Z for nearly a decade now.

The data overwhelming points to a steady diminution in soft skills from Gen X to Gen Y to Gen Z. Today’s young workers are increasingly likely to have significant notable weaknesses in one or several key soft skills, Tulgan says.

“Soft skills are mostly about fitting in, making an effort to conform one’s attitude and behaviour to established standards of conduct in order to engage and work together effectively with others in a shared enterprise,” he adds.

“However, trying to make the adjustment to ‘fitting in’ in the very real, truly high stakes, mostly adult world of the workplace is a whole new game for Generation Z, and it’s not really their kind of game. They are less inclined to try to fit in at work and more inclined to make this ‘whole work thing’ fit in with them. They are usually very keen to succeed and they definitely want the paycheque.

“Nonetheless, they usually do not realise just how much ‘doing their own thing’ makes their attitudes and behaviour maladaptive in the real world of the workplace.”

Those faced with managing Generation Z (mostly millennials, as baby boomers are now retiring in their droves) may also be unhappy to hear that relationship boundaries with authority figures can be blurred for this group.

“They expect authority figures to be always in their corner, to set them up for success and to be of service,” Tulgan says. “They are often startled when authority figures see it otherwise. Gen Zers often look at older, more experienced people and presume on a very deep level that you are there to take care of them.”

The other distinctive aspects of the Generation Z personality that managers will have to grapple with are the fact that they are so used to getting information at the touch of a button that they are less good at thinking on their feet. They are also becoming less articulate and poorer person-to-person communicators because so much of their interaction is via short messaging on their devices.

Finally, they are the group most likely to end up in the gig economy with no loyalty to an employer and for whom a job here is no more than a stepping stone to a job somewhere else.