Going into business with your life partner 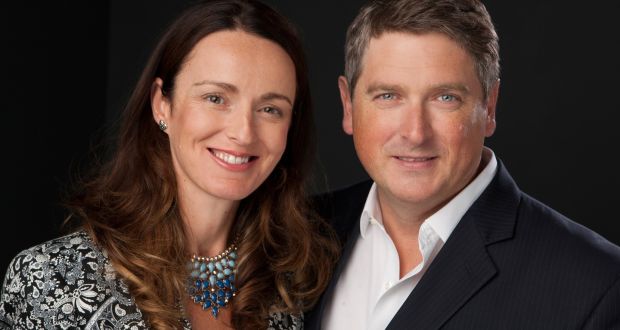 Husband and wife team Kira and Mark Walton founded Sligo-based beauty products company Voya 13 years ago. Today, they employ 45 people and sell in 38 countries worldwide. They’re candid about the challenges involved in living and working together.

“Keeping work talk out of the home is easier said than done, especially when you’re starting off and consumed by the business every waking moment,” Kira Walton says. “In the beginning, I used to ‘pillow talk’ a lot and offload everything on my mind. Then I’d sleep soundly while Mark would be awake for hours going over what I’d said. We now have a strict rule – no work talk beyond the bedroom door.”

Mark says the fact that their relationship has survived the pressures of starting a business is no mean achievement.

“Family members are very hard on each other in a work situation,” he says. “Your expectations are very high and where you will back off with an employee, you won’t with your partner. And it can end up in a row. In the early days, we used to fly off the handle mainly because we were both very passionate about getting it right. But while that may be okay when it’s just the two of you, it’s not okay when you start employing people. You have to become calmer, more pragmatic and learn to compromise.”

One of the reasons they work well together, Kira says, is because their personalities are complementary. “I react strongly to things whereas Mark tends to be very level headed and will talk things out to reach a point where we agree to disagree.

“He is more focused on operations and will usually defer to me on issues around design and branding where I know best!”

What has made life easier for the Waltons is that their business has now grown to a point where they are no longer constantly hands-on.

“A number of really excellent people have joined us and taken over some of the responsibility,” Mark says. “This has taken a lot of the pressure off and left us free to focus more on strategy which is a much calmer place to be. We’re also more laid back as we’ve been through so many dramas. What would have caused a meltdown in the early days is now just a bump and we fix it.”

Mary and Ronnie Harrison have worked together in training consultancy, Optimum, for the last 25 years. The company employs 10 people and has a panel of another 30 associates.

“The big struggle for me is not bringing work home,” Mary says. “I tend to be always ‘on’ when it comes to the business and Ronnie is much better at separating our working and home lives, and will simply refuse to discuss something until the next day. Running a business together is a bit like having another child, except it’s one that doesn’t grow up and move out.”

The Harrisons have different roles within the business and try to play to each other’s strengths and skillsets. “Ronnie is the financial brain and the logical one. I’m more CRM, ideas and creative,” Mary says. “What really works in your favour as a husband and wife team is the huge level of trust between you and the fact that you’re both in it 100 per cent.

“However, you also need to maintain your independence and do things separately outside because spending so much time together could easily become overwhelming. What can be hard to get across to outsiders is that each of you is a professional in your own right. This means having a different persona at work where you’re colleagues, not husband and wife. Do we disagree? Yes, mainly because I’m a worrier and Ronnie is not, but you have to get past it.”

Working with your life partner is challenging enough, but the two couples behind the now five-year-old Irish Fairy Door Company have raised the stakes even further by also being best friends.

“You have to start from a point of deep seated respect for each other and for each other’s point of view,” says co-founder and communications director, Niamh Sherwin Barry. “Emotions will run high at times whether you like it or not and you have to try really hard to ensure business issues don’t spill over into your friendship.

“When it comes to working with your partner, you have to set very firm ground rules around talking about the business at home. We break them a lot, but we know they are there,” she adds.

“What’s weird is that you react to someone very differently as your partner than as a work colleague and it’s best to avoid mixing the two. I will sometimes frame a comment by saying ‘speaking as your wife’ or ‘speaking as your business partner’. I tend to wear my heart on my sleeve. Oisin, my husband and our CEO, is very Zen in a working environment and I admire how he can have different personal and business personalities.

“What works for us as two couples is that we all have separate roles. Aoife is the creative director.  Her husband, Gavin, is the sales director and we all bring different things to the table.

“It’s been a massive learning curve and we are now used to each other’s ways, but it can still be tough and a challenge to always be fair to everyone. It really comes back to one thing: respect.”