Gig economy stays one step ahead of the laws 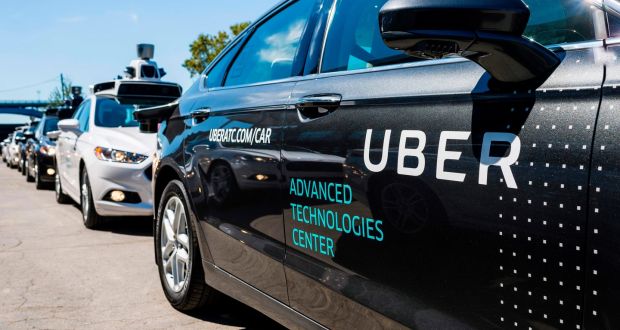 New rules from Brussels, approved on Tuesday, promise more transparent and predictable working conditions for gig economy workers – those who work a few hours a day in sectors such as food delivery.

The European Parliament was keen to point out that this new legislation will have an impact for those who work under the Deliveroo and Uber banner. Except it probably won’t.

The issue for lawmakers is that these modern companies are always ahead of the curve, and this case is no different. Under the new rules, workers classified as self-employed are not included.

Rather conveniently, Deliveroo and Uber argue that their workers are self-employed despite getting some benefits that don’t typically fall to self-employed people.

Even though an attempt has been made to ensure workers know what time they’ll start and finish at and how many days a week they’ll work, this legislation has left some companies outside the scope of those rules.

A further complication for regulators is that one senior court has agreed with Deliveroo’s interpretation of self-employment. In December 2018, the UK’s high court affirmed that Deliveroo drivers were self-employed. The Independent Workers Union of Great Britain has signalled that it intends to appeal that decision.

In any event, a ruling in British law has no bearing elsewhere but our link with the British legal system is such that this case would be persuasive in an Irish court.

So while the European parliament’s move is a constructive one towards improving rights for gig economy workers, it has failed to tackle issues that have emerged at some of the highest-profile benefactors of this part of the economy.

And it’s hard to accept that the majority of workers are happy with this arrangement just because they want the flexibility. Preclusion from collective bargaining and sporadic work schedules will hardly appeal to that majority when the only trade-off is the ability to set your own hours.

It remains to be seen if the European parliament’s new rules will have any practical impact on those in the gig economy. For now, it looks like the corporations are one step ahead of the legislatures, which has long been the way.

A man with a profound understanding of how money is made and lost, Kerry-born economist Richard Cantillon (1680s-1734) is a fitting namesake for this long-running column. Since 2009, Cantillon delivers succinct business comment on the stories behind the news.