Ghosting has glided into the workplace 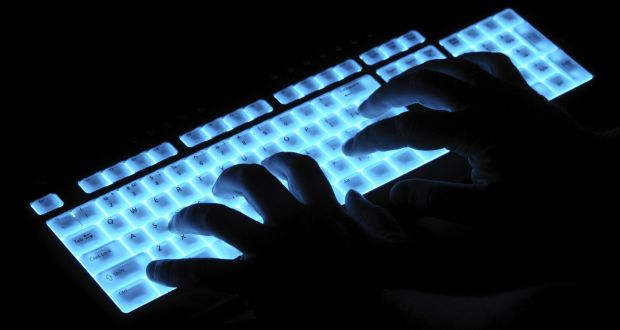 One person said that twice this year he thought he had recruited a software engineer, only to have each candidate cease all contact as soon as a formal offer letter was sent. Photograph: iStock

There are many awful things that I would like to think I would never do at work. High on the list would be interviewing someone repeatedly for a job and never getting back to let them know they haven’t got it.

I know a lot of people who have suffered this treatment but I was astonished to learn last week that things have flipped. Companies hunting for workers are finding candidates who sail through interviews and background checks, then abruptly cut off contact when an offer is made, or vanish after accepting a job.

This oafish behaviour is driving companies “crazy”, according to an account LinkedIn published the other day that suggested the problem is surging in fields from software and finance to food service.

At first, I thought this sounded like utter rubbish. So did the first two colleagues I mentioned it to at work, both of whom had suffered a crushing silence from organisations that had interviewed them for a job – three times in one case – then left them hanging with no word ever after.

If the tables had really turned, I thought, it could only be in pockets of a country like the US, where the unemployment rate has sunk to an 18-year low and tech titans are hoovering up software engineers and other coveted workers by the planeload.

I was wrong. When I asked around in the UK, where unemployment is at its lowest in over 40 years, I found a surprising number of victims of what is known in the online dating world as “ghosting”: sudden radio silence from a person you’ve been seeing.

One person said that twice this year he thought he had recruited a software engineer, only to have each candidate cease all contact as soon as a formal offer letter was sent. Another had spoken to a successful applicant the day before he was due to start his new job, then found that he had vanished. Not even the recruitment industry is immune. One person told of a candidate disappearing – after agreeing to become a digital recruiter.

But back on LinkedIn, flummoxed executives from Canada, Scotland and beyond said the problem was not confined to the tech industry. One man I tracked down, a commercial director in Oxford, told me he had arranged interviews a few weeks ago with five promising candidates for a proposal writing job paying up to £40,000, only one of whom bothered to turn up.

“It was a bit of a shock,” said Pete Moores of the Oxentia consultancy. One of the missing candidates was eventually found, but the other three just vanished. “I’ve never experienced this before and I’ve worked in this field since 2001,” he said.

Jeanette Mash, a recruitment consultant on the island of Jersey (population 105,000) told me about a job hunter in the finance industry who approached her about a month ago. The pair met up. The candidate seemed keen, so an interview was arranged with a firm that had a “really good position”. But on the day of the scheduled meeting, the applicant failed to show.

Emails, calls, texts and eventually Facebook searches failed to produce a body. “It was bizarre,” said Ms Mash, adding she never expected to see such behaviour in a place as small as Jersey.

Another woman in London said the health store she worked at had just hired a young woman as a trainee supervisor who had vanished without a word a few weeks later. “I never did something so disrespectful at that age and doubt I ever will,” said Avril Coelho. Nor do I.

Yet not all these ghosters are young. So what is going on? Why would anyone risk ending up on a company’s blacklist by behaving so atrociously?

Perhaps applicants are so fed up with being treated as if they barely exist that they now respond in kind. Maybe younger people who have only known a tight jobs market don’t understand the importance of professional behaviour. Or have we become so used to anonymous online contact that we forget there are humans on the other side of the screen?

I have no idea. What I do know is that none of this is an excuse for what is ultimately simple rudeness. Turning people down is always awkward. No one likes to do it. But it is a fact of working life and no one, job hunter or hirer, should ever dream of skipping it. – Copyright The Financial Times Limited 2018