Get ready for the end of the reception desk 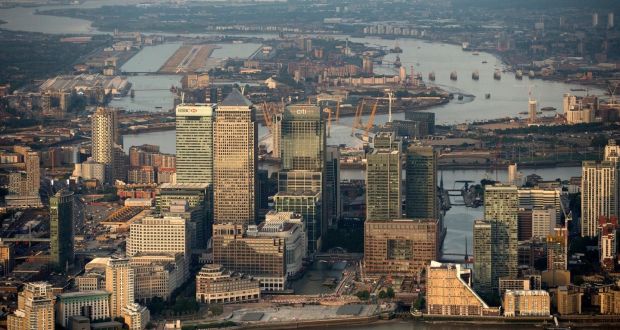 City of London. Investec is not the only company going deskless. One new London office building has traded-in a normal security desk for a concierge-like receptionist and fancy facial recognition technology. Photograph: Matthew Lloyd/Bloomberg

Because the Financial Times does not pay me £300,000 a year, I would not normally spend a Monday morning at Investec’s private banking arm, where you have to earn at least this much to become a client.

But that is where I went last week after hearing of a baffling development at the bank’s spiffy new London headquarters: the abolition of the reception desk.

When a colleague, who had been inside, first told me about this, I thought it was a joke. A reception desk has always seemed a fairly basic piece of office equipment for a sizeable business. It had never occurred to me that having one was a problem but Investec was happy to let me come in and see why I was wrong.

I arrived to find a normal looking security desk in the street entrance foyer, which the bank shares with other companies in the building. But as I was led up to Investec’s client floor by chief operating officer Kevin McKenna, things took a different turn.

At the entrance outside the lifts, there was indeed no desk, just an expensive-looking wooden table bearing a vase of orange flowers. A few feet away, two young women in suits and heels lurked quietly by a waiting area. “The receptionists,” murmured Mr McKenna.

Just then, what I assumed was a high net worth individual emerged from the lift. As he walked in, looking around uncertainly, one of the women glided over, greeted him warmly and swished him off to a meeting room. Another batch of visitors got the same treatment.

How did the receptionists know everyone’s name? “WhatsApp,” said one, explaining the downstairs security desk sent messages she could see on her smartwatch, showing who was coming up to see whom. She liked the new system. “It’s better not being stuck behind a desk,” she said, though things could get tricky on the WhatsApp front if the wifi went down.

could see how it worked, but what was the actual point? Did it save money, perhaps? It did not, said Mr McKenna. Receptionist numbers had not changed, even if the desks had been ditched. “The whole idea is to have a personal interaction with the client when they come through the door,” he said.

A traditional reception desk was an irksome “big block”. The new system was far more welcoming and clients said they liked it.

Investec is not the only company going deskless, according to TP Bennett, the architectural firm that designed the bank’s new offices. “We’ve done something similar at a law firm in London,” said Shane Kelly, a design director.

A lot of companies were moving towards a warmer, “maître d’, concierge” experience for busy clients, he said. “There’s definitely a trend towards delivering a hospitality level of service in a corporate environment.”

This is not just a London phenomenon. The reception desk has also gone in the Nottingham offices of the Instinct Laboratory, an agency that designs offices and stores.

“The most compelling force on the planet is another human,” says Matt Chadder, the chief executive. “This is why we remove the barriers of reception desks and counters.”

Things have gone even further at Bureau, a London office building that opened two weeks ago. It has traded-in a normal security desk for a concierge-like receptionist and fancy facial recognition technology to provide what it promises will be a “hassle-free reception experience”.

Visitors can “pre-register” by sending a photo of themselves from their phone. On arrival, cameras scan their faces and alert the visitor’s host and the receptionist, who can greet the guest by name and speed them off to their meeting.

This sounds a bit too 1984 for me, though I can see the attraction of avoiding the faff of signing in and getting a pass. And I am sure I could get used to the idea of coming into an office that looks like a hotel.

But ultimately, this reminds me of how lucky I am to work in a building where the same receptionists have been at the same posts for as long as I can remember. They say hello each morning. They call me as soon as a guest has arrived. They are cheerful and polite. The very last thing I ever think about them is that they happen to sit behind a desk.– Copyright The Financial Times Limited