Fetishing efficiency is not the way to whip Covid-19 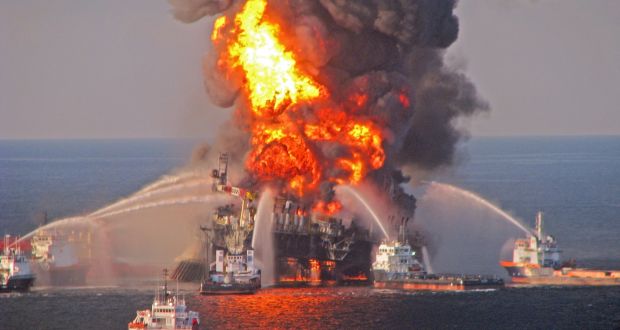 Tackling the blaze on the oil rig Deepwater Horizon.

Ten years ago today, an explosion and fire ripped through Transocean’s Deepwater Horizon drilling rig, working under contract for BP in the Gulf of Mexico. Eleven men lost their lives and more than 3 million barrels of oil leaked into the ocean.

Fewer people will mark the anniversary than might otherwise have done. In the cruel calculus of catastrophes, 11 fatalities barely register against more than 130,000 worldwide from coronavirus.

A deadly virus and an oil well explosion – the first a natural phenomenon, the second described by an official US investigation as an overarching “failure of management” – are different. But there are suggestive parallels in how people prepared and responded to both.

For instance, the court that in 2014 found BP guilty of “gross negligence” ruled that several decisions leading to the disaster were “primarily driven by a desire to save time and money, rather than ensuring that the well was secure”.

Multiply this observation 10,000-fold and you see why many countries were unready for this pandemic – and how they might prepare better for future disruptions.

In Uncharted, written before the first coronavirus outbreak, Margaret Heffernan distinguishes between “just-in-case” preparation of several vaccines, covering a number of possible epidemics, and “just-in-time” systems to produce a chosen vaccine at speed. The first approach requires budgeting for an excess of time and money. The second calls for rigorous efficiency.

Alas, pursuit of maximum efficiency - just-in-time manufacturing, supply chains and deployment of personnel - has become the norm across the private and increasingly the public sector. Take healthcare. “What we’ve seen is that the over-efficient management of the NHS meant that [for] just-in-case [scenarios], we were in deep trouble,” Ms Heffernan told a recent discussion organised by the consultancy Jericho Chambers. “There was no margin for error.”

The insight will be crucial for companies and governments as they emerge from this pandemic. Adequate preparedness demands wider margins and buffers. It also requires a tolerance for slack that goes against the grain of what, pre-Covid-19, was orthodox management thinking.

After the Japanese tsunami shocked tightly wound supply chains in 2011, I predicted that fear of inventory gluts and competition would push companies back towards the leanest possible sourcing of materials. Similarly, companies continue to define slack as a sign of inefficiency, waste, or fat, and a target for savings.

In this quest for greater efficiency, W Edwards Deming, the post-second world war guru of Japanese-style Total Quality Management, is often cited. But as management thinker Roger Martin writes in his forthcoming book , Deming taught that “there is always an optimal level of slack for any business system - and that level is not zero. Slack is a manifestation of friction - of the sort that in the right amounts contributes to greater resilience”. The opposite of efficiency, Ms Heffernan adds, “is not inefficiency: it’s robustness”.

Slack also has benefits that go beyond improved safety or greater resilience. Zeynep Ton from MIT Sloan School of Management has worked with retailers that operate with more staff than needed to meet peak demand. The slack frees workers to perform better and to improve the stores for customers.

Hard-pressed managers – in retail, particularly - will snort that this is the worst time to have to justify any surplus cost or staff member. They are struggling just to match overheads to plummeting demand.

In the aftermath of the Deepwater Horizon crisis, BP also had to cut costs, in part to pay legal fees and clean-up bills that ultimately topped $60 billion, and to respond to falling oil prices. It managed to balance its books, at the same time as avoiding any further catastrophic breach in safety. Since the financial crisis, banks, too, have learned to live with the need to hold greater capital reserves, spurred by regulation.

It is natural for companies to encourage efficiency, the Deepwater Horizon investigation reported, but, without rigorous safety protocols, “there is simply too great a risk that financial pressures will systematically bias decision-making in favour of time- and cost-savings”.

Coronavirus will prompt new rules insisting on better margins for error. It is bound to embed more safety-first habits. For a while, companies that can prove they are well-prepared ought to command a premium over those that seem prone to future shocks. At some point, though, cost-cutters will again redefine useful slack as ugly flab. My advice would be to steer business and investment away from those companies. Just in case. – Copyright The Financial Times Limited 2020