Female board representation in Ireland crosses 30% 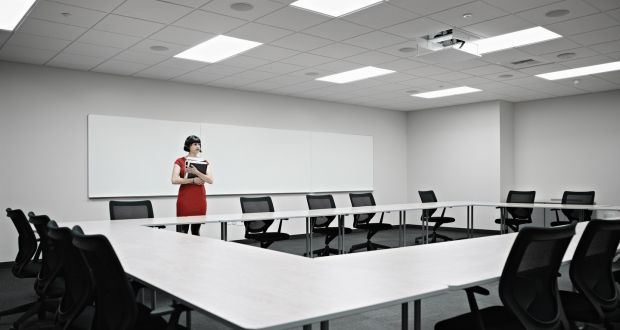 Women now hold an average of 31 per cent of board positions in Irish companies, according to a new study by accountancy firm EY.

However, its research, based on a survey of 150 senior business figures, found that two-thirds of organisations said they needed “more support” from above to advance diversity and inclusion initiatives.

While female representation has increased 7 per cent since EY’s last annual study, only 35 per cent of executives surveyed said their organisation had taken appropriate measures to address the causes of any gender pay gap.

Some 83 per cent of organisations aspire to gender parity across all levels, but 13 per cent explicitly stated that they did not.

“While it is encouraging to see that progress is being made on boards, the lived experience for women in work can be a different matter, highlighted by the fact that even within the seemingly more progressive organisations, it is perceived the men are still more likely to be promoted,” said EY Ireland director of diversity and inclusion Olivia McEvoy.

“More starkly, just 26 per cent of organisations have a specific programme in place to develop diverse leadership,” she noted.

“Diversity in all its forms is fluid, and is not something that can be ‘achieved’ and forgotten about.”

Only a fifth of senior leaders in organisations are held accountable for implementing diversity and inclusion strategies, while only 16 per cent measure the impact of those strategies on performance.

“This lack of measurement and accountability may help explain the chasm between the importance organisations say they attach to diversity and inclusion versus what translates into action,” Ms McEvoy said.

Meanwhile, 30 per cent Club Ireland, an organisation that campaigns for better gender balance at senior levels of business, has launched a new recruitment code in partnership with employers’ group Ibec.

A key principle of the code is that companies report on diversity targets and achievements in their financial statements and market updates, as publicly quoted companies in the UK are obliged to do under their corporate governance code.