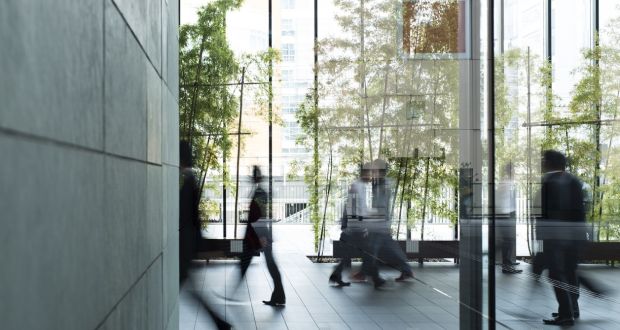 The average expected duration of working life in the Republic has nudged up 0.3 years compared to a year ago and is 3.8 years longer than at the start of the century. Photograph: iStock

The length of time Irish people are forecast to spend in the labour market has increased to 37 years, above the European Union average of 36.2 years, new figures from Eurostat suggest.

The figures indicate the time people aged 15 years in 2018 are expected to spend in the labour market, either employed or unemployed, throughout his or her life, Eurostat said. 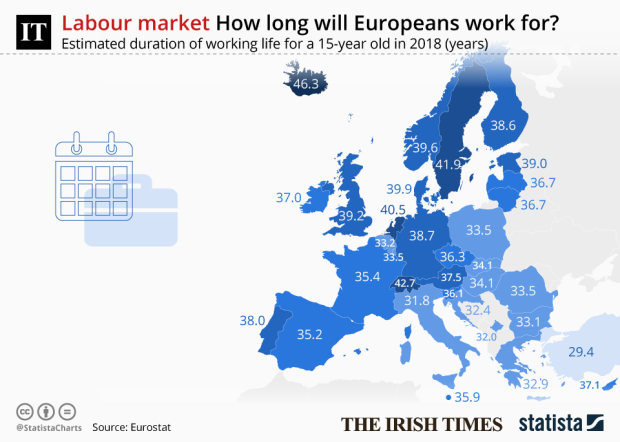 Eurostat said there was a clear east/west division regarding the average expected duration of working life, with eastern countries tending to have shorter working life spans than ones on the western side. Italy, Belgium and Luxembourg were exceptions to the rule.

The range of average working life durations in the EU was exceeded at both ends of the range by two non-EU countries: Iceland, where it stands at 46.3 years, and Turkey, where it was calculated at 46.3 years.

The gap in average working life duration expectations has closed “slowly but steadily” since 2000, when it stood at 7.2 years, according to Eurostat. This is because the expected working life for women in the EU has expanded by 4.5 years since then, while for men it has increased by 2.2 years.

In the Republic, the expected average working life duration for women has increased by seven years since 2000, while the rise for men over that time has been just one year.

The duration of working life indicator is being studied in connection with the EU 2020 strategy, which is designed to help the bloc develop as “a smarter, knowledge-based, greener economy” that grows sustainably, brings social progress and creates high levels of employment.