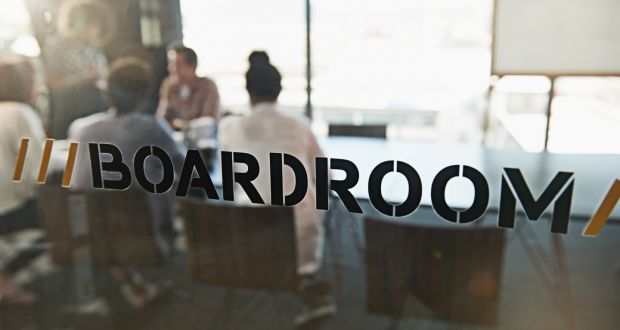 The international recruiters based here scout for both Irish-based and overseas jobs. Photograph: Getty Images

Executive search in Ireland was traditionally carried on by the big four accountancy practices, established local firms such as Merc and Amrop, and well-connected individuals operating solo or with small teams. Within the last year, however, there has been a flurry of activity in the sector. Two of the top six international executive search firms have recently set up here, while a new Irish-owned entrant, run by former newspaper executive Michael Roche, has also been launched.

These changes have caused a shuffle in top search personnel, with people leaving existing firms to join the newcomers, while the team behind what was Amrop Ireland has now become part of Odgers Berndston, originally a Brussels-based search company set up in 1966. Odgers has 58 offices in 29 countries including Ireland where it opened its doors in November of last year.

Mark O’Donnell, (ex-Amrop), is a partner with Odgers Berndston, which has cited Brexit as the main reason for opening its Irish office. “Odgers felt the time was right to invest, not least because, as a large international firm, it wanted to be able to provide support to its global clients who were looking to establish in Europe in readiness for Brexit,” O’Donnell says.

“For us [the former Amrop executives], the timing was perfect because the senior recruitment market here is changing and being part of a globally integrated firm is a strategic necessity. Clients want and expect genuine international reach. We are now part of  an executive search powerhouse with 300 people in London alone.”

C-suite search firms generally work with those in the 33-55-year-old bracket, with the most active cohort within this being those aged between 42 and 47. The firms make their money by charging employers a search fee of about 30 per cent of the salary of the executive being sought. The international recruiters based here scout for both Irish-based and overseas jobs.

“Our focus is top management and board roles and, for senior exective positions, we’re talking about jobs paying upwards of  €150,000,” O’Donnell says. “We’re working across financial services, large corporates and the burgeoning tech sector.

“The search market in Ireland is maturing and this is driving a more sophisticated approach. Irish companies are ambitious and competitive and they want to be able to choose their leaders from the widest possible pool of options in all the major global talent hubs.”

Strictly speaking, US-owned Korn Ferry is not a complete newcomer to Ireland. It already had a presence here since acquiring the international HR consultancy, Hay Group, in 2015. However, it officially opened for business last September and will employ 35 people here by the end of the year.

The company’s Irish managing director, Rob Wilder, says the decision to come to Ireland was not Brexit-driven.

“We were looking at it as a strategic opportunity to grow our business and disrupt the market here through our combined offering of truly international executive search; our advisory service, which helps companies align their people and organisational strategies; and Futurestep, which assists companies to build up their leadership talent.”

“I believe there is more than enough room for us all in the Irish market but it is our intention to raise the bar within the sector in an integrated way around the selection and alignment of boards, the assessment and development of leadership potential, reporting to clients, and attracting the diaspora back home,” he adds. “Our work is underpinned by leading-edge search technology and by data from our research and analytics arm, the Korn Ferry Institute. We bring science to an industry that historically has been about individuals evaluating people.”

Internationally, the senior executive search market is dominated by six international players, most of whom have been in the sector for more than 50 years. Of the six, Spencer Stuart has been in Ireland for some time, Korn Ferry and Odgers Berndston have just arrived and there are strong rumours that Heidrick & Struggles (founded in Chicago in 1953) may be next. That just leaves Swiss-founded Egon Zehnder, which has been on the go since 1964, and Russell Reynolds, which was set up in New York in 1969.

But it’s not all about the international big hitters. The newbie in Irish executive search is 6 Degrees, which has been operating since last September. Its team is headed by Michael Roche assisted by seven well-known figures from Irish business including Pat O’Mahony, the former head of retail banking at AIB: former Esat Digifone executive Liam McDermott; and Tom Kitt, the former TD and current chairman of Gorta Self Help Africa.

“When I was a manager I used executive search firms and wasn’t particularly impressed by most of them,” he says. “Very few people in recruitment have had the experience of working beside bad hires and feeling their impact on a business. We have and are very aware of the importance of cultural fit.

“Between us, we also have a phenomenal network stretching deep into Irish business across all sectors.”

Roche says the company’s network covers both established executives and emerging talent and that his company will be looking to overseas alliances to provide an international dimension.

“We see ourselves as a boutique search firm and our contacts have already opened many doors. In that sense we’re not newcomers scratching around for business,” Roche says.