Embrace the power of negative thinking 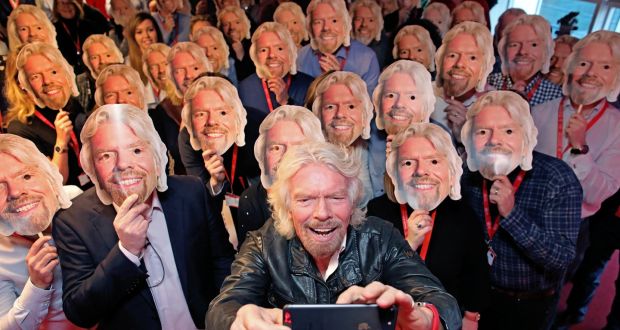 The state of mind that academics call “chronic unease” is a relief amid the welter of positive blither one hears from the likes of Sir Richard Branson.

I do not live in the countryside and am seldom mistaken for a gentleman, yet every so often I arrive at work to find a copy of the Country Gentlemen’s Association magazine sitting in my mailbox.

Baffling as this is, I raced to open the latest one last week because it claimed to have a scoop: an “exclusive” interview with Tommy Banks, the 20-something head chef at the Black Swan, a Yorkshire inn his family runs that TripAdvisor customers last year rated the world’s best restaurant.

Actually, Mr Banks has been blathering to reporters since he took over at the Michelin-starred restaurant in 2013 at the age of just 24. I was still keen to read what he had to say because I have started thinking differently about success stories such as his, having just come across an intriguing state of mind that academics call “chronic unease”.

This boils down to expecting the worst, or not being complacent when all is going well. In other words, it is pretty much the reverse of the bold, positive thinking we are relentlessly told is vital to career success. I first heard about it from a friend who works in the oil industry, where the concept is understandably rife. It makes sense to think a pessimistic worrywart would do a better job of stopping a tanker spill than a cheery manager content with the latest set of comforting safety stats.

Yet the more I have thought about it, the more I think that being chronically uneasy would be helpful for a lot of us, and probably healthier too.

Mr Banks backs up my theory. Although his magazine interview was mostly a puffy chat about a cookbook he has just written, he could not have sounded less cavalier. He said he’d had “absolutely no idea” about writing a book, was lucky to find a publisher and faced a “very steep learning curve” to get it done. This chimed with other interviews he has given, where he has talked about the “relief” of holding on to the Michelin star (first won by a former chef at the restaurant) and the years of “struggle” it took to become a success. Maybe he was trying not to sound too cocky. But I doubt it.

Either way, his approach is a relief amid the welter of positive blither one hears from the likes of Sir Richard Branson. “It’s no coincidence that many of the world’s biggest influencers and most successful people are positive people,” the entrepreneur wrote in a recent blog. “People who think positively usually see endless possibilities and empower others to feel the same, and in turn move the world forward.”

Perhaps some do. Yet I can think of plenty of successful people who happily think the worst. It makes them better prepared and less prone to disappointment. If things turn out better than expected, it is a bonus. And it can make a lot of business sense.

“We tend to glorify bold risk-takers in business but there are good reasons to heed the voice of caution,” says Rhona Flin, a professor at the Aberdeen Business School who has written a lot on chronic unease.

There are obviously limits to the idea. To be fair to Branson, it is hard to imagine becoming a self-made billionaire by being overly pessimistic. I doubt the Tesla electric car would exist if Elon Musk was riddled with self-doubt. Elsewhere, in fields such as behavioural therapy, the evidence suggests that swapping negative thoughts for positive ones can help improve mental health.

Yet it’s clear that a lot of companies could do with more chronic unease. The phrase cropped up last month in a scathing regulator’s report on the Commonwealth Bank in Australia, a large bank roiled by charges of misconduct, from mis-selling loans to charging fees for services it never provided. The regulator found that years of continued success had “dulled” the bank’s senses and a culture of complacency had led to a sense of “chronic ease” instead of “the ‘chronic unease’ that has proven effective in driving safety cultures in other industries”.

The other sectors the regulator cited ranged from oil and gas to nuclear and aviation. I am sure there are many more. Surgeons and auditors come quickly to mind. Ultimately, there is much to be said for the power of negative thinking. In fact, I rather think it can be positively uplifting.