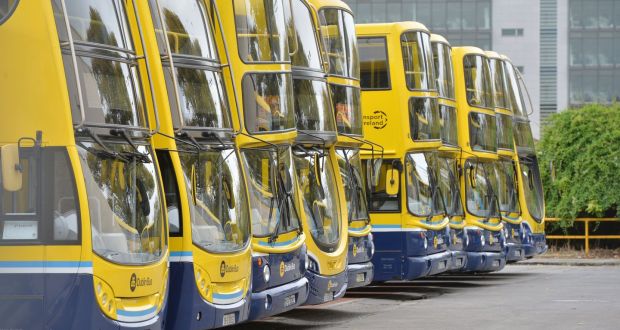 The majority of Dublin Bus’s 3,500 employees are male, including 96 per cent of its 2,500 drivers, who are more likely to be paid overtime rates than both other employees and female drivers. Photograph: Alan Betson

The base salaries of Dublin Bus’s female employees are on average 6 per cent higher than they are for male employees, though men still take home an average of 2.3 per cent more money than women when overtime and shift pay rates are included.

A new report on the gender pay gap at Dublin Bus by consultants EY has found that the pay of women employees relative to men was significantly better than the average across Irish companies.

However, the picture is skewed by the fact that the majority of Dublin Bus’s 3,500 employees are male, including 96 per cent of its 2,500 drivers, who are more likely to be paid overtime rates than both other employees and female drivers.

There is a higher proportion of women, about 14.5 per cent, in administrative and other non-driving roles, which tend to have higher base pay than driver roles.

Women are better represented again at management level, where 27 per cent of employees are female. But the base salary of female managers was on average lower than that of their male peers, EY said.

Overall, only 7 per cent of the Dublin Bus workforce is female, which EY said was a “contributing factor” to the public transport company’s low gender pay gap. “This is an area Dublin Bus may potentially wish to change,” it said.

The organisation recently ran a campaign to recruit more women bus drivers in a bid to double its numbers over the next two years.

“We have a responsibility to support and empower women in their career development. Thankfully, the results of this report show we are already doing that, but we must also do more in the future.”

The EY report commissioned by Dublin Bus follows the release earlier this month of An Post’s first gender pay gap report, which calculated that its gap was 3.7 per cent in favour of men. This was largely as a result of having “far more men” than women in senior roles.

A number of large Irish companies and organisations have been encouraged to run gender pay gap audits of their workforces ahead of planned legislation that will oblige them to make and publish the calculations.

A gender pay gap in favour of men can point to the clustering of women in less valued roles as well as barriers to female promotion within an organisation.

It does not necessarily mean that women aren’t being paid the same as men for the same work, or unequal pay, which has been illegal in the State since 1975.

The gender pay gap, which refers to the difference in average hourly wages between men and women across the economy, stood at 16.2 per cent across the EU in 2017, according to a report published earlier this year.