Do companies really need a ‘head of integrity’? 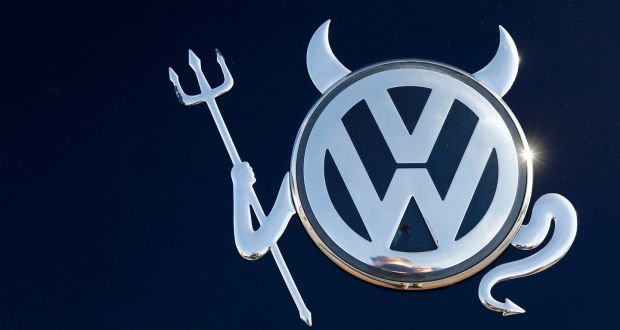 Last week, Volkswagen investors stepped up their criticism of the carmaker’s efforts to clean itself up in the wake of the emissions scandal and the recent arrest of the head of its Audi unit.

They think the German carmaker is moving too slowly and Hiltrud Werner, VW’s head of integrity, agrees.

Hold on. Head of integrity? I can see why a company that has just paid $25bn in damages for cheating on emissions tests and seen its prior chief executive charged with a criminal cover-up might want a little more integrity. But when did that become a board-level job? Does Ms Werner’s existence mean the rest of the leadership is absolved from having to think about ethics?

The corporate world is dotted with arcane titles. A quick search of LinkedIn turns up “chief catalyst”, “growth hacker” and “chief happiness officer”.

But integrity and ethics are especially hot these days. If you look on the recruiting site Glassdoor for chief integrity officer jobs, it returns 426 open postings. Searching for an ethics officer, an older post that gained traction after the WorldCom and Enron scandals, returns even more: 667, although some of them expect the applicant to combine their moral role with more concrete functions, like legal and compliance.

The trend has gathered pace in the past three to four years as local governments, charities and multinational corporations have taken to boasting that they have appointed a chief integrity officer or created an ethics office. The move is particularly popular with companies like US bank Wells Fargo, which set up an ethics office after becoming embroiled in a fake accounts scandal in late 2016.

Some experts argue that having an executive charged with maintaining a good corporate culture makes sense. Current anti-corruption laws require companies to work actively to prevent overseas bribery, money laundering and other misbehaviour, and putting a high-level executive in charge is a good way to demonstrate commitment. Plus it might work.

“I have done more than 50 criminal cases as an investigator,” says Antonino Vaccaro, an associate professor of business ethics at IESE. “Every time, the problem is not compliance, it is organisational values. If you have an organisation that is healthy and a bad apple arrives, he or she is recognised, re-educated or expelled.”

Richard Bistrong, an ethics and compliance consultant, warns that creating or renaming a position won’t on its own reshape company culture. “Splitting the function out isn’t the true measure. It’s the resources they are being given and [WHETHER]they are seated at the table when business decisions are being discussed and planned,” he says.

If business leaders fail to include the integrity officer in decisions or decline to reinforce the moral message, employees will notice, Mr Bistrong warns. “We tend to listen more to the people who set our performance goals,” he says. He should know - before becoming a consultant, he pleaded guilty to an overseas bribery conspiracy and served nearly 15 months behind bars.

Certainly VW hasn’t seen plain sailing on the ethics front. Its first head of integrity - a former judge - quit after just one year amid disagreements about her role.

But Ms Werner has already lasted longer than that. A member of the management board, she oversees 500 people. Her spokesman Andreas Meurer argues that having her on the board “helps to raise the voice of integrity in every decision that is made...This is a process that has to be steered and will not happen just by chance.”

Some ethical positions don’t take, it’s true. Wells Fargo’s ethics office lasted less than six month before being renamed “conduct management”. Since then, the bank has uncovered additional misconduct in auto insurance, mortgages and credit cards. Perhaps having a weak or ineffectual moral leader is worse than having none at all. – Copyright The Financial Times Limited 2018