Ditch the self-blame over unrealistic demands 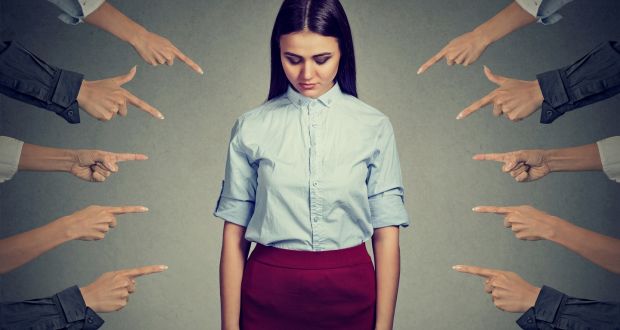 Rather than blaming the organisation for the impossible demands it imposes, they blamed themselves for failing to achieve them.

From detailed research on the biographies of financiers and accountants, I identified how workers, particularly women, recognised these impossible demands but, contradictorily, felt guilt for failing to fulfil them. Rather than blaming the organisation for the impossible demands it imposes, they blamed themselves.

Women would, for instance, feel guilty when they had not “put themselves out there” and “seized opportunities”, or “stood up” for themselves when they had been unfairly treated in an evaluation, or confronted by an aggressive peer. Rather than attributing responsibility to their employers for not fairly promoting or protecting them from discrimination or aggressive peers, women tended to take responsibility onto themselves.

Sigmund Freud, the Austrian-British psychoanalyst, identified how “guilt” was the result of an unconscious response to something we have lost: either a material loss, such a person, or an intangible idea or belief. Freud explained how this can lead to self-destructive psychic processes, such as undue self-blame and denigration.

This, he explained, helped the mind deal with the anxiety that the loss evokes.

In particular, the research found that workers had a tendency to blame and denigrate themselves primarily for impediments to their career progression. Women, for instance, believed that, despite these obstacles, if they worked hard and persevered, they could overcome challenges to career-progression, and achieve success. This is unsurprising as it is part of a broader trend where self-managed solutions, such as instilling “resilience” or “confidence” in women, are propounded as the elixir to the continued problem of female underrepresentation in many sectors of the economy, particularly at senior levels.

Not only can unrealistic workplace demands and mistreatment result in destructive self-denigration: they also distract us from the factors that have given rise to the challenges that we face at work. The overall implication is that these impossible demands and even instances of discrimination go unchecked and unchallenged. Instead, self-blame prevails and unfairness triumphs.

– Recognising self-blame and guilt: Do you find that you often blame yourself for challenges, failures or mishaps at work? Do you find yourself going round in circles? Do you feel “bad” as if you have done wrong? Thinking through these questions in such instances may be an important first step in making the unconscious “conscious”.

– Ditching the guilt: when you find you are blaming yourself, turn the problem on its head by asking a contrary question. For instance, was there really anything else you could have done in such an instance? The likelihood is that our organisations and superiors could do more to support us when challenges emerge.

– Share experiences: talk to others you trust about how you feel. Do they feel the same? It is common that such experiences and patterns are not isolated to just an individual; they are likely experienced by others in a similar position to ourselves.

This may open up alternative approaches to self-blame by working and collaborating with others at work to challenge unrealistic expectations and unfairness.

The reality is that it’s unlikely one individual alone can reshape entire organisational cultures and systems. However, working with others could give greater voice and pressure, and increase the chance of change.