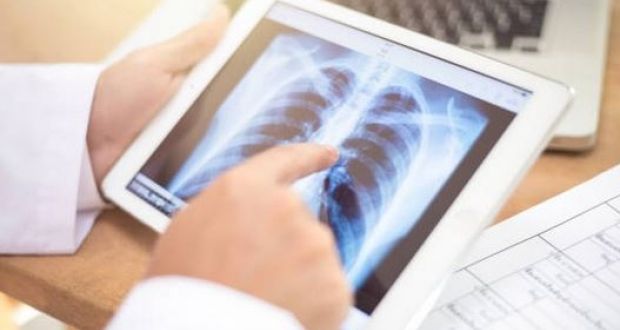 The NHS in March told thousands of GP surgeries to switch to remote consultations to protect doctors and patients from infection. Photograph: Getty Images

The Financial Times did something last week that it has never done before. It held a three-day global business conference on Zoom. Important people said interesting things about how Covid-19 might reshape the world, a lot of which was alarming.

The sentence I cannot shake from my mind was uttered early on during the first day by Guy Ryder, head of the International Labour Organization. He was speaking about the 60 per cent of global workers who get by in the informal economy, doing things such as changing money or selling street food.

Their incomes sank by an average of 60 per cent within a month of the pandemic taking hold, thrusting huge numbers of workers into strife. This, he said, was why one of his UN colleagues had recently warned: “There’s another pandemic coming and it’s a pandemic of hunger of biblical proportions.”

Against that jolting backdrop it was striking to hear how many speakers thought the crisis could also usher in changes that would make life better.

The first concerns telemedicine. Each winter I end up in a shivering queue of the diseased outside my London GP surgery, where the only way to get an appointment on the day you feel dodgy is to struggle out of bed and wait for the doors to open at 8am. Staying in bed and seeing a doctor on FaceTime has always seemed more sensible.

But as the tech investor Sonali De Rycker said last week, there has been a lot of resistance in the UK to online health, which has never managed to go mainstream. “Covid has changed that overnight,” she said. Patient consultation numbers at one business her firm is backing have doubled since February.

The NHS itself, until recently one of the world’s biggest buyers of fax machines, has shot into the digital age because of Covid-19. As the outbreak spread in March, the health service told thousands of GP surgeries to switch to remote consultations to protect doctors and patients alike from infection.

Now that people knew how useful digital consultations could be, De Rycker was convinced there was no going back. I hope she is right.

I also hope that Federico González, the Radisson hotel group boss, was right last week when he raised a less vital but nonetheless cheering Covid-19-inspired improvement: the end of the traditional hotel check-in.

He said to lure travellers back on the road hoteliers would have to make people feel safe throughout their stay. Some already had the technical wherewithal to let you check in online before arrival, then go straight to your room and open the door with your phone. He expected more to follow.

Not every improvement will be digital. It was Mother’s Day on May 10th in the US and Australia, where a friend who is a florist told me she had had at least twice the number of orders she would normally have on that weekend.

Florists in Texas reported being equally swamped as families separated by lockdowns made an effort to thank their mothers.

I am not surprised. Nearly half of UK workers said the lockdown here had made them appreciate their family or household more, the jobs website Indeed reported last week. That easily beat the share of people who said they had new respect for regular full pay; seeing colleagues in the flesh and job security.

I like to think this gratefulness will continue, and not just for our families. In countries around the world the pandemic has inspired public displays of gratitude to nurses, home care staff, bus drivers and other under-appreciated employees that I very much hope is permanent and matched with higher pay.

The same goes for a plan to ban cars on the busiest roads in the City of London that received preliminary approval last week. As an enthusiastic but nervous cyclist I have watched other cities around Europe introduce similar measures with a familiar sense of dread that nothing like this would ever happen in London. Yet suddenly it has.

None of this makes up for the devastating loss of lives and livelihoods this pandemic has wrought. But when there are consolations, we should be grateful for them too. – Copyright The Financial Times Limited 2020