Could flying nannies be the answer to keeping women in the workplace? 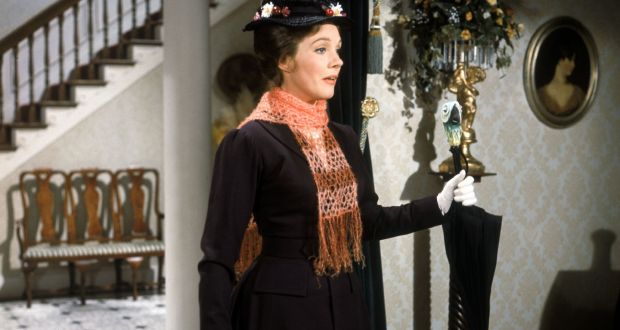 Would you stay working if you had your own Mary Poppins? Private equity firms certainly hope so, as they are now offering to fly au pairs with professional mothers and their children on business trips.

Private equity groups are introducing new policies to try to retain female staff — from flying nannies to offering to freeze eggs for free — in a sector that has the lowest proportion of women in senior positions.

In Europe, Apax has in recent months started offering to pay for au pairs to fly with women who are back from maternity leave, for the first 18 months after the child is born. It has also extended paternity leave beyond two weeks and introduced payments for emergency child care if a nanny or other carer is off sick.

In the US, KKR started offering coverage for women looking to freeze their eggs last year. It also pays for breast milk shipping during business trips.

Many of the initiatives to try to attract and retain female staff have been launched in the past few years and some private equity firms have only recently started to track the proportion of women in the workforce.Pressure is growing on employers in the financial services industry to hire more women and reduce the pay gap between male and female workers, as investors seek more diversity of views in the hope that this will boost returns.

Some parts of the industry, such as banks, have done better in developing family friendly policies: Goldman Sachs introduced a childcare centre in 2003, Deutsche Bank in London offers emergency childcare cover and a has had a company crèche for at least a decade. HSBC also offers nursery places.

Of private equity firms, Bev Shah, a campaigner and former Aviva and HSBC employee, said: “Some of these policies come a bit too late...But if you don’t have many women to begin with then you lack champions.”

Recent research by data company Preqin found only 9 per cent of women reach the top echelons in private equity, making it the industry with the lowest representation of female staff at senior levels, despite evidence that this helps boost returns.

The generally poor work-life balance is partly to blame, industry observers say. But others say perceptions are also a problem. “An industry that has an image of being male dominated does struggle to attract women,” said Jeryl Andrew, chief executive of Level 20, a group launched in 2015 to help attract and retain women in the sector.

Some of the largest private equity groups, such as Blackstone, which became the first of its peers to extend maternity leave to 16 weeks, say they are trying to change this.

“I think it’s important to have diversity of thought and perspective to make better investment decisions,” said Paige Ross, senior managing director of human resources at Blackstone. “It’s good for business and the right thing to do.”

In Sweden, a large fund manager EQT changed its parental leave policy at the start of 2016 to offer 16 weeks off to staff anywhere in the world, paid at 80 per cent of base salary.

“The private equity industry has been dominated by men for a long time,” said Thomas von Koch, managing partner of EQT, adding his company is looking to change this.Privately, top executives say they feel remorseful about the lack of women. “Our investment team at a very senior level is in line with the industry,” said a boss at a large European fund. “We are bad.” - Copyright The Financial Times Limited 2018.