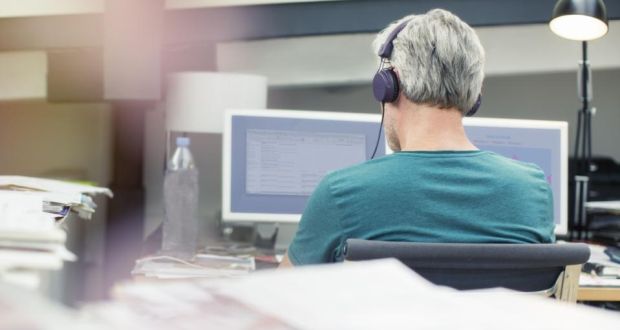 “Today’s offices are full of people staring at their screens at open-plan desks with headphones jammed unsociably over their ears to block out noise.”

On my way into work each morning I pass an unlovely concrete spot at the back entrance of the Financial Times where the building’s last surviving smokers can still have a quiet fag.

It is years since I have felt the urge to join them but I was up against such a nasty deadline not long ago that I cadged a cigarette from one of the few people I know who still smokes and headed outside.

A man I had never met before offered a light and, as we puffed away companionably, he started telling me about his job in some distant part of the building where people worked on FT conferences and events.

As I listened to him chat about how everyone had been flogging themselves to promote a looming conference he feared would flop, an awful thought began to form: he was talking about an event that I was due to chair.

This was an instant, if brutal, reminder of the value of smoking at work. It is one of the cheapest and most effective ways of finding out what is really going on in the office.

Admittedly, it can sometimes be too effective. I was working in Washington in 1994 when the city was rocked by the arrest of Aldrich Ames, a CIA officer who turned out to be a highly destructive Soviet mole who had betrayed a string of US agents for scads of cash.

Ames was a terrific smoker. Pricey dentistry to fix his yellowing fangs raised early suspicions about his improved financial circumstances. But his smoking habit also reportedly helped him obtain useful information about CIA operations against Russia – from desks that were nowhere near his own. When he went outside to smoke at the CIA’s Langley headquarters, he would gather with fellow faggers in the agency and trade gossip.

This was an unusually lethal example of how office smoking helps to boost the flow of information, yet it is also oddly relevant. As companies grapple with dismal workforce productivity growth rates, there is rising interest in the random office chat. In theory, the more people bump into each other and blather, the more likely they are to swap ideas, stumble on solutions and generally become more productive. Not that many years ago, a lot of this bumping happened naturally.

Back in the 1990s, US office workers told researchers they spent up to 70 per cent of their day talking face to face with their colleagues. This has clearly changed in an age of far-flung, home-working, phone-pinging workforces. Today’s offices are full of people staring at their screens at open-plan desks with headphones jammed unsociably over their ears to block out noise. And, thankfully, far fewer smoke.

Thus we are seeing a number of design “solutions” to make workers collide with one another more often, starting with the stairs. A big wide staircase that lets two people chat side by side is one idea architects are offering to increase office blather. This is fine if you are building a new office or can afford a new staircase, but useless for most of us.

Another idea is simpler: a coffee machine on wheels that can be strategically shifted to lure different teams of workers to the same spot to encourage productive chats. I first heard about this from Ben Waber, an American I met last year who runs a company called Humanyze that tracks the way people move around in the office.

Personally, I like to know where to find a coffee each day. Being forced to hunt around for a missing machine sounds tiresome.

I am indebted to a reader for my favourite ploy: an office beer fridge. A man from the US who has started and managed several companies wrote to tell me on-site grog had several proven benefits. Everyone got to know each other quickly, he said, “from production worker to the CEO”, and that made a big difference to the way they worked with one another.

He insisted on certain ground rules: no one could open the fridge until everyone in the building could drink and everyone had to be sure they could either drive home safely or get a lift.

My informant said he had never lost any productivity with this perk. He plans to measure if people are actually more productive when a beer fridge is present. I cannot wait to see the results. – Copyright The Financial Times Limited 2018