Bringing bitcoin to the bar business 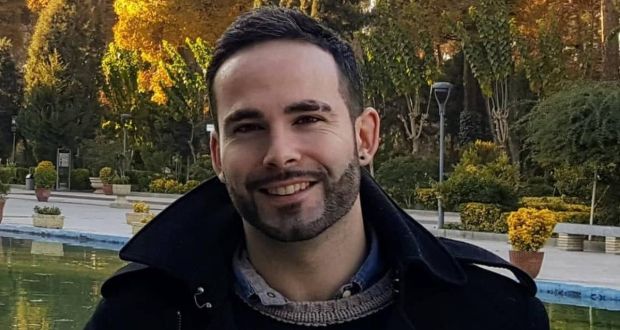 Mark O’Dwyer: “Things move slowly here and there is a lot of red tape.”

It’s a well-worn path, trodden by hundreds of thousands of emigrants who go abroad: opening an Irish bar. But one family is doing things slightly different. Thirty-two-year-old Mark O’Dwyer from Dunboyne in Meath has opened his business in Malta with the help of his father Billy and his fiancée Susana.

The bar – called Down the Rabbit Hole – is nothing like the traditional ‘Oirish’ bars dotted elsewhere on the small Mediterranean island, covered with usual dark wood and Emerald Isle memorabilia. This venue is trendy, cosy, modern and colourful.

O’Dwyer describes it as having a Brooklyn vibe, which is no surprise given that he lived and worked in Manhattan for two years. When his time there was up, he choose Malta instead of home.

“When I returned to Europe, it was my number one choice. I’d been here several times before and I liked it. It’s sunny, English-speaking and fun. I also had a friend working in the online gambling industry here, who looked like he had the best lifestyle out of all my mates. So, I decided to copy and paste what he had done and moved here in January 2016.”

Malta’s relationship with igaming and digital wallet companies such as Binance and Coinvest has meant O’Dwyer has had to adapt the way he does business. The small island – about 60km long and with a population of about 450,000 – is experiencing an economic boom right now, mainly down to the fact that it charges fintech and igaming companies less corporate tax. It’s something O’Dwyer is already more knowledgeable than most about.

“We take nine different kinds of cryptocurrency in our bar,” he continues. “I invested in bitcoin in 2016 when it was relatively cheap and, since then, I’ve been a bit of a cryptonerd.

“I love the potential for blockchain technology and believe decentralisation is the future. I distrust banks, governments and large corporations. I guess you could say I’m a bit of libertarian. Crypto still has a long way to go, but I thought it would be a cool USP to be a pioneer.”

As well as his personal interest, O’Dwyer likes to educate his customers on electronic currency by holding talks in his bar.

“They are very interesting and popular. With the large number of crypto exchange companies that have moved to Malta in recent years, people are dubbing it the Blockchain Island. When we hold talks it feels like the birthing of a revolution is taking place.

“We also host comedy and live acoustic music nights. And we have a quarterly event called Think, which is held along with the local university students. It’s something like a Maltese TED talk.”

As the name suggests, Down the Rabbit Hole is an Alice in Wonderland themed bar with a wall full of vintage clocks and a giant mural dedicated to the girl at the centre of the story. “When people come in, I want them to have a new experience, an adventure in wonderland,” O’Dwyer says.

“We have around 50 different craft beers at any one time. We also do signature cocktails and stock some pretty interesting gins and spirits.”

That variety also stretches to his clientele. “While we do get a lot of Irish and Maltese, the majority of our customers are Swedes, French, Italian, Poles, Serbs, Brits, as well as Brazilians, Americans, Ethiopians and Filipinas. It really is a cosmopolitan spot.”

O’Dwyer is a third-generation bar owner and has always been a keen entrepreneur. “My granddad owned pubs and so did my father, so when I spotted a great opportunity in Malta, I jumped on it. My dad came over from Ireland and helped me set it up.

“I guess I’ve always been interested in business. When I was 10, I picked apples and tried to sell them to the local shops. When I 16, I set up a successful events company for a local young entrepreneur’s competition. In college, I set up a travel company and after that a video production company, Woodpark Studios, which my cousin still runs to this day.”

But how did setting up a business in Malta compare?

“Starting a business is easy but dealing with the government and the banking system is another story. Things move slowly here and there is a lot of red tape, especially with the banks.

“Most ex-pats living in Malta can’t even set up a bank account at all. On the plus side, it’s cheap. There are no bin taxes or crazy start-up costs. Insurance, labour and back-end costs are also low.”

O’Dwyer plans to keep that energy and momentum going, so much so that he is already working on another project. “We recently acquired a premises in the area and are busy refurbishing it. It will be called The Hatter and is more of a summer spot with outdoor seating that sells food. We hope to be open by the end of May. I can’t wait.

And after that? “Hopefully another spot!” he says. “The future looks bright in this country.”