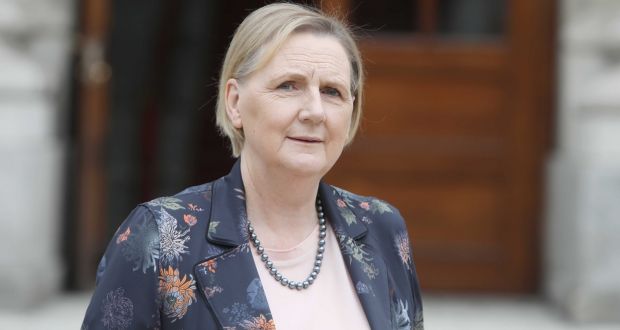 The boards of the 20 biggest publicly quoted Irish companies should be at least 33 per cent female by the end of 2023, while women should make up at least a quarter of the directors of other Irish listed companies, a Government-commissioned review has recommended.

After a “robust debate”, the Balance for Better Business review group stopped short of calling for gender quotas, putting forward targets instead.

No company traded on the Euronext Dublin stock exchange should have an all-male board by the end of 2019, it said.

The independent group was chaired by Bríd Horan, chairwoman of Nephin Energy and former deputy chief executive of the ESB, and Gary Kennedy, chairman of Greencore and Green Reit. The chief executives of business group Ibec and State agencies Enterprise Ireland and IDA Ireland were among the members.

“We have had a robust debate on the merits of targets versus quotas and have elected, at this stage, to recommend targets,” Ms Horan and Mr Kennedy write in their introduction to the report.

“Government has indicated it may consider more prescriptive measures if leadership by the business community does not yield acceptable progress.”

Minister for Finance Paschal Donohoe and Minister of State for Equality, Immigration and Integration David Stanton will launch the report this morning.

“The percentage of women on the boards of major companies in Ireland remains significantly lower than that of other EU member states and other international high-performing economies,” Mr Stanton writes in the report.

“While there has been progress in many of the largest companies, almost one third of companies listed on the Euronext Dublin markets do not have any women board members.”

Mr Stanton said it was “time to end practices of the past” and open up boardrooms to more female talent.

Meanwhile, only 8.8 per cent of the executive director roles of Irish listed companies are held by women, according to the report, which based its data on the position as of March 1st.

The group will extend its focus to non-listed companies and to senior executive levels in future reports.

“We strongly believe that change must not be just about tokenism or a numbers game and must have a deeper business and societal impact,” Ms Horan and Mr Kennedy write.

“We strongly believe that change must not be just about tokenism or a numbers game and must have a deeper business and societal impact,” Ms Horan and Mr Kennedy write.