Balancing bosses in the matrix can be a daunting challenge 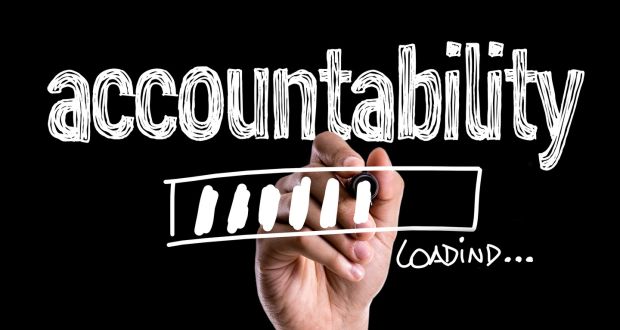 Matrix management can result in a lack of accountability. Photograph: iStock

Matrix management is not new. The Dutch company Philips was at the vanguard of its use after the second World War and it became extremely popular in the 1970s and 1980s, helping large companies such as IBM to manage diverse markets and products as they increased their global footprints.

A matrix management structure usually means that most managers have at least two bosses and sometimes more, as they may have to report to the heads of country, function and product.

Unsurprisingly, this can cause tension as the goals of their respective superiors may not be the same. They may even collide. Human nature being what it is, there can be a tendency for one of the reporting strands to try to get the upper hand and push its agenda, and this inevitably creates friction.

“Working in a matrix organisation can be very stressful because managers are often faced with trying to handle conflicting objectives. As a result, they can experience a lot of ambiguity in their role,” says Patrick Gibbons, professor of strategic management at Smurfit Graduate School of Business at UCD.

“This requires a skill set that includes a great deal of personal resilience to cope with the potential stress levels, good self-awareness and communications skills, and the ability to handle and manage conflict – as conflict is basically designed into the system,” he adds.

“Matrix-structured organisations often emerge because of complexity and a perception that there is simply too much going on for one person to manage from the top. The cascading demands of globalisation and companies having multiple products in multiple markets mean these kinds of structures can serve an end, but they are not without some big challenges.”

Companies have had a love-hate relationship with matrix management for decades, and its popularity has waxed and waned. Its main users in Ireland are tech companies, semi-States and the public service.

Philips eventually did a volte face in the 1990s and completely restructured, not least because one of the big issues with matrix management is confusion around responsibility for the profit and loss.

Multiple reporting lines can also create breakdowns in communication, cause information bottlenecks, lead to poorly defined areas of responsibility, take longer to resolve conflicts and, potentially the most damaging of all, result in a lack of accountability. One has to look no further than our own health service over recent years to see these pitfalls in action.

However, the growing complexity of doing business in today’s global marketplace has seen matrix management, or variations of it, resurface.

This is not necessarily a bad thing, as some organisations have managed to implement it very successfully. But it takes a particular kind of corporate culture to make it work. Simply imposing a matrix structure on an organisation that still thinks with a linear mindset is a recipe for disaster. It has to start with a fundamental shift in organisational psychology, with the structural changes to follow.

Rob Wilder is managing director of Korn Ferry (part of the recruiter Hay Group) in Ireland and his organisation’s consultancy arm advises companies on talent acquisition and optimising organisational structures. He says that while matrix organisations are becoming more common, they can be hard to get right and require managers with subtle skills such as good influencing and collaborative abilities. (Interestingly enough, this may make it more difficult for men to operate in a matrix structure than women, because they tend to be weaker on so-called soft skills.)

“As the world becomes much more connected and global, organisations have to become increasingly agile,” Wilder says. “Matrix structures allow companies to be more flexible.”

Opinion is sharply divided between those who see matrix management as a force for good, or the devil incarnate. However, it is clear that the efficacy of the decision-making process goes to the heart of the matter, not what it is called. If people are aligned around key goals with clear roles, that should, at least in theory, remove some of the frustrations associated with this type of structure.

HR and organisational development veteran Niall Saul, who has more than 30 years’ senior management experience, is not a big fan. “I worked for a CEO at one point in my career who described it as a cop-out style of management because it’s difficult to get true accountability, and I’m inclined to agree with that view,” says Saul, a partner with talent management and HR solutions consultancy Symbio.

“To make it work effectively requires a high level of personal accountability and a lot of inbuilt discipline that you don’t typically find in sufficient quantities within organisations. I think it leads to a lot of wasted effort in some situations and the obfuscation of accountability. It’s a very complex way of managing.

“When people get it right, it can work very well, but it still needs somebody coordinating the activities of the different parts of a business going into a particular channel,” he says. “The kind of behaviours you rely on to make that happen are quite involved, and how you measure contributions becomes difficult. You have to ask yourself: is the complexity worth it?”

“Increasingly, my point of view is that there need to be much clearer lines of accountability in organisations and those that have them tend to be more effective. It is very risky if you fudge the accountability piece.”