Back off, millennials: baby boomers still belong at work 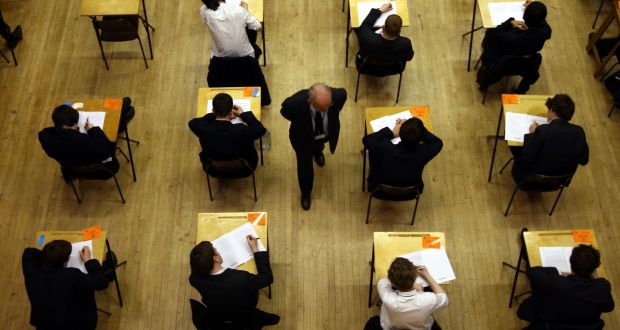 A generation of hot-breathed millennials has risen up behind since 2006. They already outnumber boomers globally. Photograph: David Jones/PA Wire

When it comes to eye-grabbing book titles, I rarely see anything that beats this one: Please Just F* Off, It’s Our Turn Now. The book was a blast against job-hogging baby boomers, that smug cabal with their free educations and gorgeous second homes who had sailed into top jobs and then refused to step aside for the talented debt-ridden juniors they would suck dry in their dotage.

It was published in 2006 by an Australian named Ryan Heath, who was then a 25-year-old adviser in the British cabinet office.

Today he is the political editor at the European edition of the Politico news outfit in Brussels. He has been with Politico for three years and he is getting on: this year he turned 38. So the other day I called him to see if he had thought about when he might f*** off himself.

It was, after all, more than a decade since he had slagged off the “dark demographic cloud” of boomers and declared “it’s time for them to move on”.

Since then, a generation of hot-breathed millennials has risen up behind him. They already outnumber boomers globally. They live with their parents in a gig economy on a steadily warming planet their elders failed to cool. They have been rocked by a financial crisis that, despite their digital nous, has left them earning less than what people their age were netting in 2008.

So do they stand a chance of snaffling a fancy job like Mr Heath’s any time soon?

Alas, they do not. It turns out that Mr Heath has no immediate plans to move on and, what is more, his combustible views have subsided. Considerably.

He cheerfully admitted that when he reread his book today, his overwhelming thought was, “Wow, I really was 24 or 25 when I wrote it.

I wouldn’t say I cringed on every page but you learn as you grow, don’t you?”

He did not regret helping to stir a debate on generational equality that had relevance well beyond the Australian market at which his book had been aimed. But he no longer believed that “you can target a whole category of people” and he could now see the benefits of older workers staying in the game.

“I underestimated things like the value of corporate knowledge,” he said. Digitally native millennials had obvious skills, but they also had a tendency to think their ability to look up answers online meant they did not “need to know the fundamentals or the history” of an issue. “I think that’s a real disadvantage compared to older generations.”

When we spoke, an Oxford university professor had just been arguing in an employment tribunal that he had been asked to retire at the age of 67 in the name of “intergenerational fairness”. I am sure the old Ryan Heath would have been thrilled by this development. The current one, however, said this: “As a society, we probably need to do more to keep all that wisdom and experience that has been built up in someone who’s got to a high-level job at the age of 67.”

Older people might ask themselves if they really needed to stay in an executive position or could shift to more of an advisory role, he said. “But you shouldn’t harass them out of a job or anything like that.”

It is tempting to mock Mr Heath’s about-turn but I do not think he deserves it. He had the wit and drive to publish a book at 25, unlike me, and he is happy to admit his views have shifted. He is also far from a job-blocker: he has had more employers in five years than I have had in 20.

More to the point, he was on to something. As lifetimes grow and pensions shrink, companies are grappling with a greying tide of workers who either want or need to work longer.

People aged 55 and older made up 22 per cent of the US workforce in 2016, up from 12 per cent two decades earlier. That share is expected to jump to 25 per cent by 2024. Figuring out how to deal with an office full of both millennials and ageing boomers is a new and rising dilemma for managers worldwide.

The trick, I think, is to look beyond appearances. Being old does not mean you are past it. Being young does not make you clueless. And no one should even think of telling an entire generation to rack off. – Copyright The Financial Times Limited